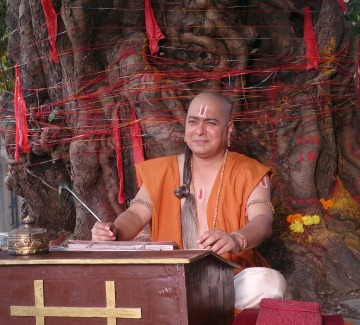 The spellbinding twists and turns add on to the riveting storyline. In the upcoming episodes of the show there will be a new entry of the character Tulsidas which is played by the renowned actor Sailesh Datar.

According to the storyline, Tulsidas will be the contemporary of Pratap (Ssharad Malhotra).

A source from the production house informs us saying, "Tulsidas is a very powerful person who influences Pratap through his philosophy of life which will be a guiding light for the warrior's future decisions."

6 years ago Historical references are back. Thank goodness. BKVMP is back on track!

+ 2
6 years ago Looking forward this track !!!!! good to have some history contents in BKVPMP

6 years ago this track is link to history so BKVPMP welcome back to history. MP rocks.

6 years ago this track have history content..excited..BKVPMP doing well

+ 2
6 years ago BKVPMP rocking show all r superb waiting for this track .

6 years ago BKVPMP super show waiting for this track .

6 years ago BKVPMP rocks...!!!
Ssharad is best as MP.hope this track will bring nice change.
why there is no come back of JB and Gurudev in show?