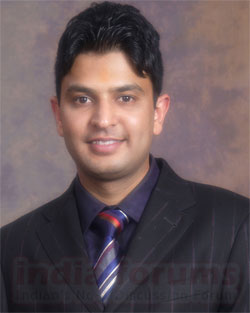 Featured Video
allegations of "breach of various provisions and industry norms by Super Cassettes" are completely false and incorrect as T-Series has fulfilled all the obligations as per the terms and conditions of the Memorandum Of Understanding (dated 13th of June 2006) between Ram Gopal Varma Films Pvt. Ltd. and Super Cassettes Industries Ltd. (T-Series). The MOU relating to the Audio and Video rights of fourteen films is valid, subsisting and binding and is in full force and T-Series is legally entitled to exploit the Audio and Video copyright of all the aforesaid 14 films.

RGV had categorically stated that the audio and video copyright of ‘Sarkar Raj’ would be a part of the deal after which T-Series entered into the agreement. At this late stage, if RGV claims ‘Sarkar Raj’ to be an independent film, it amounts to fraud and cheating and T-Series has the right to initiate legal proceedings against him.

Says Bhushan Kumar, "With respect to ‘Ram Gopal Varma Ki Aag’, T-Series has spent huge sums in the publicity of the film for and on behalf of RGV against which RGV has given adjustment letters against the Video Rights. In fact in the MOU, RGV has clearly stated that the World Audio rights and India Video copyright of ‘RGV Ki Aag’, ‘Sarkar Raj’ and the other films shall irrevocably be with T-Series only. "

"Neither have we committed any breach nor do we owe Ram Gopal Varma anything. The entire consideration amount for ‘Sarkar Raj’ has already been paid and there has been no breach of the MOU as falsely claimed by RGV. Hence the alleged termination of the MOU is absolutely incorrect and T-Series still retains the Audio and Video rights to the 14 films as per the agreement," he adds.

With the battle lines drawn, it'll be interesting to see which of these two stalwarts emerge victorious.
-(SAMPURN)