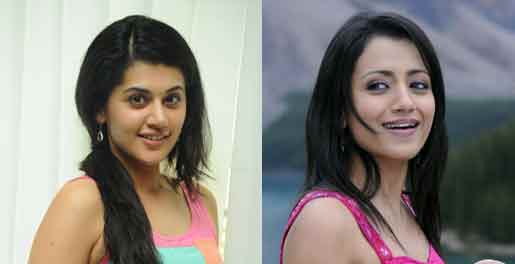 Actresses Trisha Krishnan and Taapsee Pannu have been finalised for filmmaker Selvaraghavan's next yet-untitled Tamil outing with actor Silambarasan aka Simbu. The project will go on the floors in the first week of May.

"Trisha and Taapsee are the heroines of Selva's new film with Simbu. Telugu actor Jagapathi Babu has been cast in an important role. The regular shooting will start from next month in Chennai," a source close to the filmmaker told IANS.

Earlier, actress Deeksha Seth was considered for one of the lead roles but she wasn't finalized in the end.

The film, said to be a romantic entertainer, marks the reunion of Selvaraghavan and composer Yuvan Shankar Raja after seven years.