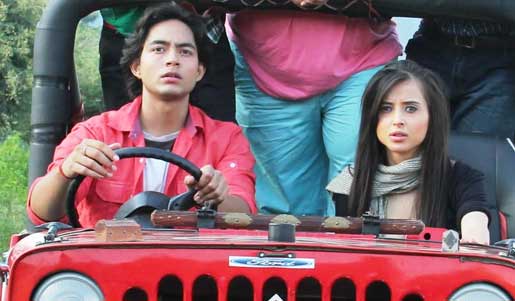 While shooting for 'Trip To Bhangarh', the entire cast had to reach the location. While driving towards it, they met with an accident.

Manish was driving a jeep. With the rest of the cast, they began shooting the pivotal scene. Sitting on the hood of the jeep was a crew member.

They started shooting where the female lead Suzanna Mukherjee, was saying her lines when suddenly Manish screamed that the breaks weren't working. All of them panicked. The actor took the jeep off the road and somehow brought it to a standstill.

The crew member sitting on the hood fell unconscious on Suzanna's lap. He was immediately attended. All of them started discussing the sinister stories of Bhangarh. After the halt all of them set off for the location. Careful this time.

Hearing about the mishap, the producers too were worried. They called for a Puja and the entire cast had to be a part of it.

Given below is the link to the whole incident.