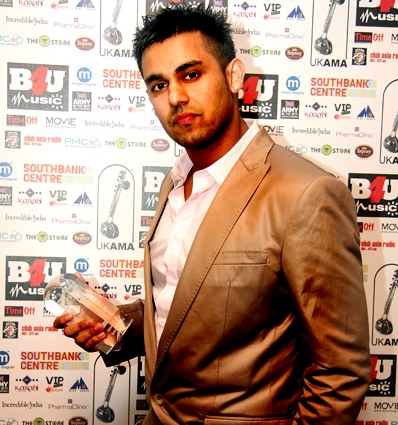 International music artist Jaz Dhami believes that a musical foundation is always good if one wants to pursue a career in the industry. However, he agrees that some people are born talented.

The 27-year-old, whose real name is Jaswinder Singh Dhami, got a diploma in Popular Music and Sound Technology from the Liverpool Institute for Performing Arts, Merseyside, Britain.

"From my personal experience, I think training is really important. But then there are so many artists who are naturally good and talented. They haven't learnt anything, but are still so good. So for my case, it was," Jaz told IANS in a telephonic interview.

"I had to physically learn it. I had a natural belief that having a musical foundation always helps you a lot. For example, when I was doing 'Zulfa', it was not like Dr. Zeus gave me the song and I sang it. We sat together and composed the whole song. So, in my opinion, a musical foundation is really important," he added.

Jaz made his debut in 2009 with "JD". He also collaborated with Yo Yo Honey Singh for "High heels". His latest release is "Zulfa". The video of the song, featuring Dr. Zeus, has got over 1.4 million hits since its release Dec 4, 2013.

Asked if it is difficult for international artists to break into the Indian music industry, he said: "It's very difficult. Language is a major problem.

"I had to come to India and learn Punjabi and I had to also take training in Hindi. But if you want to do something in your life, I guess you just do it. I really believe in it."

Apart from his love for music, Jaz also has a passion for football. He also featured in The Football Association's 'Football Needs' campaign in 2011.

"I am actually a level two coach. I had a massive passion for football and I try to encourage the Asians in Britain to play football. I have done campaigns with the official England squads in 2011, I have worked with Chelsea Football Club (FC) and Liverpool FC.

"One of the students I have worked with has been signed by the Liverpool FC. He is the first Asian kid to be signed for that. I have mentored him since he was 10. So it's a very good feeling," he said.

As for his future work, Jaz said that he "can't disclose much details", but has "collaborated with US artist French Montana".

Kangana Ranaut tried to mock Deepika, Sara and Shraddha for ...
41 minutes ago