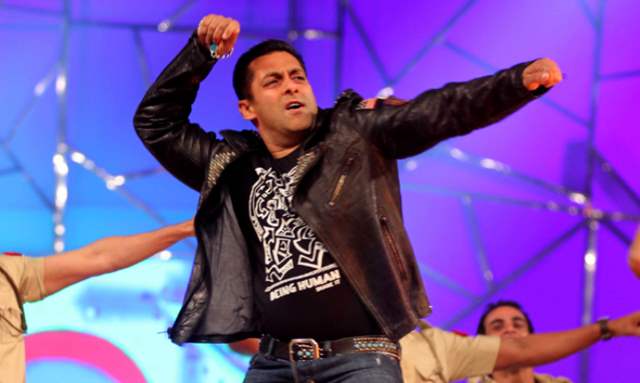 You love him or hate him, but you can never get enough of Salman Khan’s dance numbers and songs. While a section of the audience has always held him under scrutiny for the lack of talent in dancing, none of them have denied the fact that his dance numbers are packed with entertainment. It's worth mentioning, his iconic songs have kept several generations of kids crooning to his oddly distinctive music and lyrics.

Picking out the top 5 songs featuring one of the biggest superstars of Bollywood is quite a task and it is somehow next to impossible. Having been part of more than 80 movies now, Salman’s every song and dance number is unique in itself.

But, here’s a list of songs that cannot be skipped…

If there’s one song that you cannot stop crooning, it has to be ‘O O Jaane Jaana’. No sooner than the title hits your conscience, you start singing the song and within a matter of a few seconds, you visualize a bare-chested Salman Khan strumming a guitar in presence of the audience.

The addictive guitar tune paired with Salman’s trend-setting shirtless dance made the country go crazy for him.

This has to be Salman’s most famous song ever. Maybe, you disagree with me but, back in the days, it was a sheer treat for the 90s kids.

Now, it is really hard to dislike an iconic song ‘Pehla pehla pyaar hai’. Talk about Salman Khan's all-time romantic hits and this is got to be the song that leads each and every one of them. The film ‘Hum Aapke Hain Koun..!’ catered the audience with Salman Khan and Madhuri Dixit’s pair and the two have an etched history with their performance.

Not only the film impressed the audience but also featured some of the finest songs in Bollywood. One of them was 'Pehla pehla pyaar hai', which even today gives us serious relationship goals.

Salman Khan took over the entire country by a storm with his strikingly patent look, and every kid wanted to style as ‘Radhe’/‘Tere Naam’. Salman revived his drowning career with this film and arguably, it is the actor’s one of the best performances to date.

Composed by Himesh Reshammiya for his mentor and this title track sung magically by Udit Narayan is the best of the lot.

Kareena Kapoor starring alongside Salman Khan was quite strange, however, the makers bluff hit the bullseye. ‘Bodyguard’ is considered to be one of the most entertaining films from Salman's catalogue. But, it is the song ‘Teri Meri Prem Kahani’ that hit the jackpot. Who would have thought Kareena playing Salman’s love interest would do such wonders.

Sung by Rahat Fateh Ali Khan, ‘Teri Meri Prem Kahani’ turned out to be one of the memorable songs for Salman Khan including Surili Akhiyo Wale, Tere Mast Mast Do Nain and Dagabaaz Re.

Salman has always set the bar high for himself with his unusual dance gimmicks. Shortly after the release of the film, the word ‘Dabangg’ became synonymous with Salman’s personality and kids couldn’t stop matching the steps of the Bollywood superstar.

Composed by Sajid-Wajid, ‘Hud Hud Dabangg’ is no less than an anthem of his current massy demi-god image. Sukhvinder Singh’s vocals and Jalees Sherwani’s poetic lyrics completed the song making it iconic in no time.

Salman might not hold high regard for his acting, but the actor’s dance numbers and songs never fail to cash in high numbers. On the music front, Khan’s career is heavily influenced by 3 artists - singer S.P. Balasubramaniam and music directors Himesh Reshammiya and Sajid-Wajid.

The actor was taken aback by Wajid Khan, of composer duo Sajid-Wajid died at 42. On the other hand, Salman penned an emotional note after the news of SP Balasubrahmanyam's demise broke on social media.

Salman Khan on Wednesday released the title track from his upcoming film ‘Radhe: Your Most Wanted Bhai’ which is nothing less of ‘Swag’ and Disha Patani's hot moves.