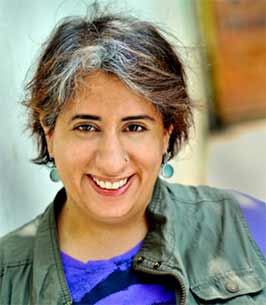 Kanu Behl's "Titli", which has been chosen for screening at the Un Certain Regard section of the 67th Cannes International Film Festival, is one of the "strongest" films capable of putting Indian cinema on the global map, says producer Guneet Monga.

"I am delighted with the news. Kanu has made 'Titli' into one of the strongest films out of India that will truly put India on the global map. I am glad to be a small part of a truly amazing journey for this outstanding film," Monga told IANS.

Backed by Yash Raj Films (YRF) and produced by Dibakar Banerjee, "Titli" revolves around the volatile relationship between two brothers - one of whom runs away from home to escape his oppressive family but turns to a life of crime. The film stars Ranvir Shorey, Amit Sial and newcomer Shashank Arora.

Earlier this year, YRF had announced that it had roped in Monga to help in the international sales, promotion and festival strategies for the movie.

Monga, who has been associated with films like "Monsoon Shootout", "Gangs Of Wasseypur", "Peddlers" and "The Lunchbox", which have been to the Cannes movie gala, is happy with the journey that "Titli" has undertaken.

"I am especially happy that an independent producer like Dibakar and a global giant like YRF have come together on a film like this - it's a fantastic way forward for Indian cinema in the global scene," she added.

exclusive
Exclusive Akanksha Puri on why it was important to leave Vighnaharta ...
19 minutes ago

Bigg Boss 14: Prince Narula to enter the show with Sidharth ...
46 minutes ago