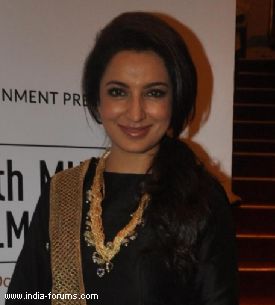 Actress Tisca Chopra, who is globetrotting for her critically acclaimed film "Qissa", is also gearing up to launch her debut book "Acting Smart". The book is said to be for cinegoers and for those who are venturing into the movie industry.

The "Taare Zameen Par" actress, who also impressed TV buffs with her act in "24", has been indulging in some serious writing for the past few months and she is now geared to launch her book, which is said to have interesting episodes and anecdotes.

"The book is for young aspiring actors and it is full of information about how to make it in the business and it has many interesting trivia from industry experts like Imtiaz Ali, Rajkumar Hirani, Shabana Azmi and Boman Irani," said a source.

Tisca was recently spotted at the screening of "Qissa", which opened the International Film Festival Rotterdam (IFFR).

Fukrey 3 Team Kick-starts their Work ahead of Shooting; ...
8 minutes ago