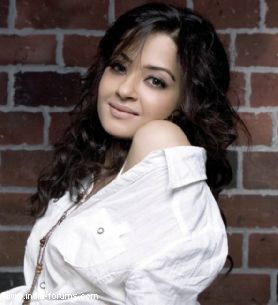 As the lead actress in the film "Hate Story 2" actress Surveen has done a lot of bold scenes with her co-star Jay Bhanushali. She describes them as a portrayal of "sensuality and sexuality", not skin show.

Before "Hate Story 2", Surveen was seen on the small screen and Punjabi films.

"If you ask me, I am the most comfortable in my skin, today. I am extremely happy for who I am, what I am and that to me is sensuality and sexuality, not showing off skin," Surveen said here Thursday at the promo launch of the film.

"That (showing skin) is only a way to showcase glamour and nothing more than that. So I don't give it a lot of importance," she added.

"Hate Story 2", a sequel to the 2012 film "Hate Story", which starred Paoli Dam in the lead, also stars Sushant Singh.

It has been directed by Vishal Pandya and produced by Vikram Bhatt.

"Time has come (when) we stop being hypocrite about it and show love the way it is supposed to be shown. I think times and cinema have changed," Surveen said.

"We acclaim films from overseas and say 'what a great job done'. But when we Indians do it, it becomes weird. For me and every professional, it's just a job, I don't see a reason why it should be prohibited," she added.