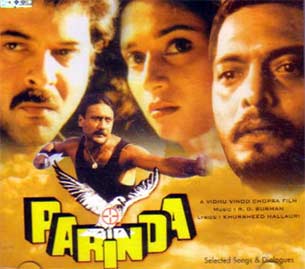 As an actor, newcomer Tiger Shroff is fascinated with his father Jackie Shroff's role in "Parinda" and would love to be part of the remake if at all it's made, but says he has no desire to do "Hero" remake.

Tiger is debuting with "Heropanti". Directed by Sabbir Khan, the action drama is coming out May 23.

"I love my dad's 'Parinda'. It was ahead of its time and it can be made today also. If it is remade, then I would love to play my dad's role in it," Tiger told IANS.

Having said, Tiger is not keen to be part of remake of his dad's hit movie "Hero" as he wants to create his own identity in filmdom.

"Initially, the makers had offered me 'Hero' remake, but I politely refused the film because I knew I will be compared to my dad. I just want people to know that we are two different people, we have two different styles and we have different movies. I would like to create my own identity," he said.