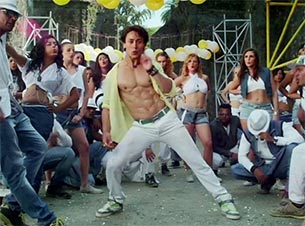 If the film fraternity rooted for Tiger, the son of Bollywood's once reigning star Jackie Shroff, the audiences too have expressed their fondness for the young actor by helping his debut film "Heropanti" collect over Rs.13 crore in barely two days.

Directed by Sabbir Khan, the movie opened May 23 alongside superstar Rajinikanth-starrer "Kochadaiyaan", which also features Jackie.

The team had gone on a multi-city tour to promote the romantic actioner.

It was also highly recommended by celebrities like Subhash Ghai, Shilpa Shetty and Manisha Koirala.