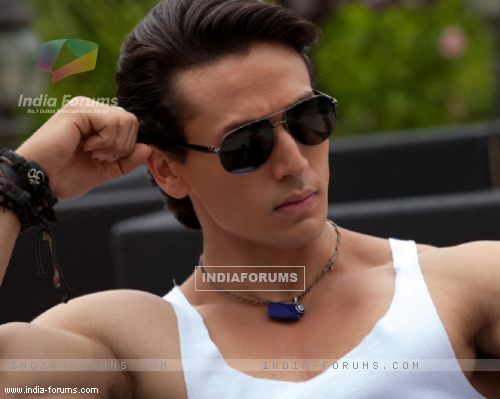 Tiger Shroff is only one film old and the actor has already won two awards. He recently won the 'Superstar of Tomorrow' award at the Stardust Awards. Tiger won a very prestigious award at the first award show of the season. His parents are very proud of him and Tiger too is thrilled with his achievements. He had also won The Best Actor Award at The Life Ok Awards.

Tiger made his debut with Heropanti and he received critical acclaim as well as audience appreciation for his film. His first film is very dear to him and will always remain special for him.

The young actor has created a special area in his room especially for his awards. He has ensured that his awards are displayed properly where he can always see them. Later on he knows that his awards will be displayed all over the house but for now Tiger wants his awards in his own room.