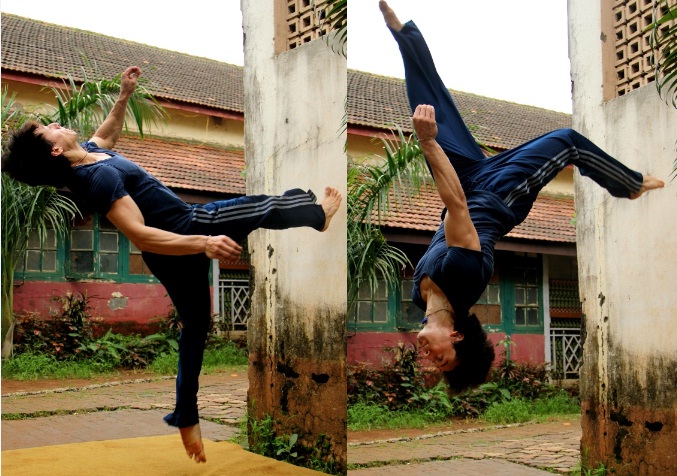 Tiger Shroff, who will perhaps be seen doing a lot of action sequences in his debut film, has apparently been training hard to be an action hero.

Sources close to the actor tell us that the soon-to-debut actor has been focusing a lot on his action moves. "Ever since Tiger decided to become an actor, he was sure that he wanted to be an action hero. He began working out and took lessons on ways to perform action sequences. He is also a trained gymnast, which made it easier for him," says a source close to the actor.

We are told that all the advance physical training came in handy when Tiger began work on the film. "For almost two years before he began shooting for his debut film, Tiger had started to work on his body, and on sharpening his skills to perform action scenes," the source adds.

Divulging details about the film, the source adds, "He will be seen performing a lot of stunts in the film. A particular fight sequence in it will be one of the highlights of the trailer as well."
1 Likes