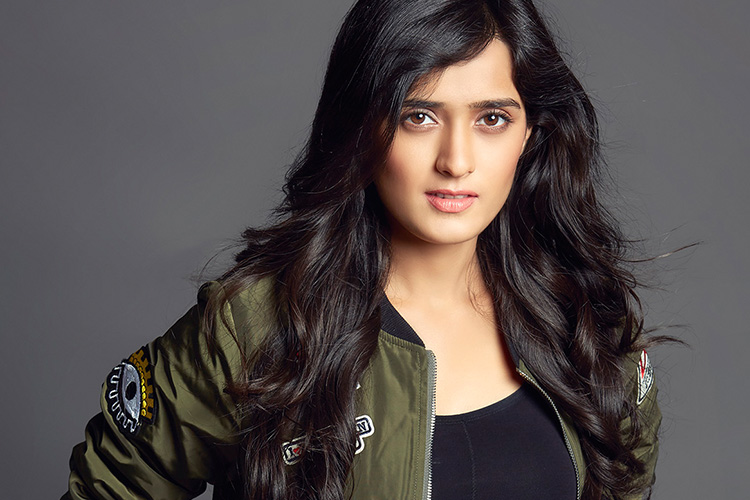 While the world was celebrating Fathers' Day and mourning India losing to Pakistan in the World Champions Trophy, actress Pankhuri Awasthy penned down a powerful poem addressing the current state of affairs in our country.
Playing a rape victim in Kya Qusoor Hai Amla Ka?,  the Indian adaption of hit Turkish show Fatmagul, Pankhuri Awasthy is one of the few actresses on television to pick a strong character-driven role after playing the title role of the historical show, Razia Sultan.
A marketing professional turned actor and a poet by passion, Pankhuri Awasthy is an avid reader and likes to pen down her thoughts in her free time or in-between shots.
Pankhuri shared a heart-breaking yet powerful handwritten poem titled 'Let's not wake up' on her social media and it has a strong message.
Take a look at Pankhuri's poem below:
'Let's not wake up'
Let's not wake up
Because an eight month old is thrown out of a three wheeler while her twenty - three year old mother is gang raped
Let's not wake up
Because the eight month old will never wake up again!
Let's not wake up
because for a three year old, even the School is not a safe place anymore.
Molested & Bruised on her private parts by a Male teacher, she says.
And no different for her Boy her age too.
The school says that the accusations are unfounded while the media wouldn't give away the name of the school.
Let's not wake up because these institutions will never wake up.
Let's not wake up
Because in an after-care home, the rape survivors, fifteen & seventeen years old commit suicide, raped by her own father & by an NRI neighbor respectively, they mention in their suicide notes that, they were fed up of life.
Let's not wake up, because I am guilty & you are guilty.
Have we done anything or is that all we can do? Watch the numbers increase everyday.
Let's not wake up, let's rise to the occasion.
The actress posted the same on her Instagram profile - 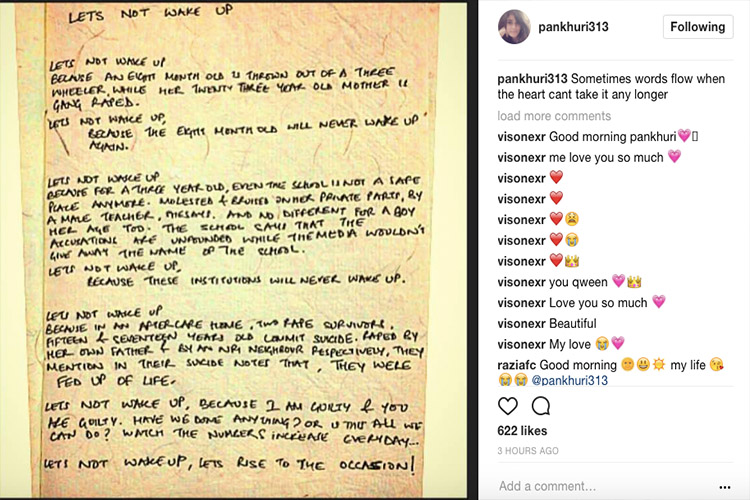 Isn't it a beautiful one?
15 Likes

fatssrilanka 3 years ago Beautiful poem and is so heart breaking. Don't understand what these people get by raping girls and women. Don't know when will we as a society wake up.

Alikhan2158 3 years ago This poem is so heart-touching and heart-breakingly beautiful. Pankhuri Awasthy, u r a true inspiration to me. Love u lots and lots as Amla in KQHAK, which is a unique show. Wonder how many people will wake up now. Keep rocking

Ajscinesonadar 3 years ago Indeed powerful message passed.
Still no one going to wake up.