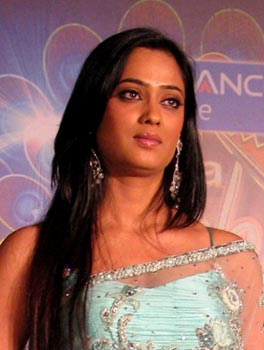 Featured Video
Firstly throw some light on the format of the show. Do you think parents of every couple participating here know about their relationship?
I think there is no couple over here who has not told about their relation to their parents. It is just that their parents don't agree to their relationship for some reason or the other. The show basically aims at testing the couples where they will be judged on various aspects by the judges and public. At the same time they will also know how compatible they are with each other. This will also give a good opportunity for their parents to decide about the future of these couples.

The society is not just about the parents; we have relatives and other dear ones as well! Don't you feel the show might give way to more personal problems in the couples’ lives?
Well, I can only say ‘Pyaar Kiya Toh Darna Kya!!!’ Just face it and show the world whom you love so much!!

But this can be done in any other way. Why this show?
Frankly speaking if you cannot face all given situations whether good or bad, you cannot be good partners. This show Aajaa Mahi Vay is all about crossing hurdles together. It is all about finding the truth in your relationship. One can get answers to the questions lingering in their minds – Are we made for each other? Are we compatible enough to lead a life together?

In that case, how would you feel if a couple thro’ this show realizes that they are not made for each other and ultimately split?
I will feel good as I think that a relationship cannot persist if it is weak. I will be happy that the couple broke up before moving ahead in life. I personally feel it is for the man and the woman to make or break a relationship! If a breakup occurs post the show, then I would advise such couples to understand that it was the lack of trust and love in each other that caused it.

Accepted that the winner here goes thro’ a dream wedding. But what about the couples who get eliminated? Where do they stand after this show?
See, a couple who are truly in love, but unfortunately get eliminated from the show cannot be stopped by anyone! When they have proclaimed the intense love for each other on television, there is no stopping them. What if they don’t win the trophy, they have won a relationship for life and they should be happy with it.

As Apara ji said in the press conference that she would be in shock if someday she sees her daughter with some one and that too on National Television. Don't you feel that there will be other mothers too who would feel the same?
Definitely, there will be many parents who will feel hurt when they see their sons/daughters on TV. But thro’ this show, we also want to convey to all parents that they should build a good rapport with their kids. Once the parents and children have a good relationship, the children will treat their parents as friends and there will be not be much of a generation gap. This is how I maintain the relationship with my daughter who is 7 years old and we are more like friends. I would advice the couples to use these shows as a medium to know their partner better and not as a medium to convey the existing relationship to their parents.

14 years ago I agree Nitikasingh..we finally get to see her again...been a while...I miss her and Mr Bajaj...

14 years ago All the very best 2 our dear Prerna. I really liked her work in KZK.

+ 3
14 years ago teh concept just seems like it was in one day, dunt like it bt will see for shweta .. maybe

+ 2
14 years ago thanx.the concept is actually weird.i dunt kno how well will it go with indian sensibilities.

14 years ago Yaeh!!! Shweta Tiwari is comin back!!!
Seriously anxious to watch it....