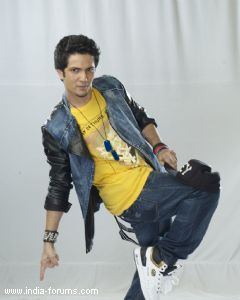 The fourth season of 'Dance India Dance season 4' promises to take the dance competition a notch higher than in the previous seasons, says choreographer Mudassar Khan who will be seen judging the show along with other choreographers Shruti Merchant and Feroz Khan.

Originally the show was judged by choreographers Geeta Kapur, Remo DSouza and Terence Lewis who will remain an integral part of the show.

"All three of us are new. We can't compare with the old judges but we want to do better than them. We have to take the show to a new level and there are many new dance forms and variations which we have added," Khan told in a telephonic interview.

The theme of the show this time is 'Dance it Out' and Khan added that they promise to try and depict the problems faced by people via dance.

"'Dance it out' is a nice revolutionary line. We will go to many places and ask them about their problems and once people tell us we will plan dances on those subjects. The message of the show is to forget all your problems and dance it out," he said.

The choreographer also added that the auditions this year were excellent and the judges had to even send back some good dancers.

Khan has choreographed songs like "Humka peeni hai" in "Dabangg" and "Pandeyji seeti" in "Dabangg 2". He has also choreographed "Party all night" in the recently released film "Boss". He runs his own hip hop school and is the owner of the dance group "Sharpshooterz".

Talking about his future plans, the choreographer said that although he has movies lined up he wants to give "Dance India Dance" his full attention now.