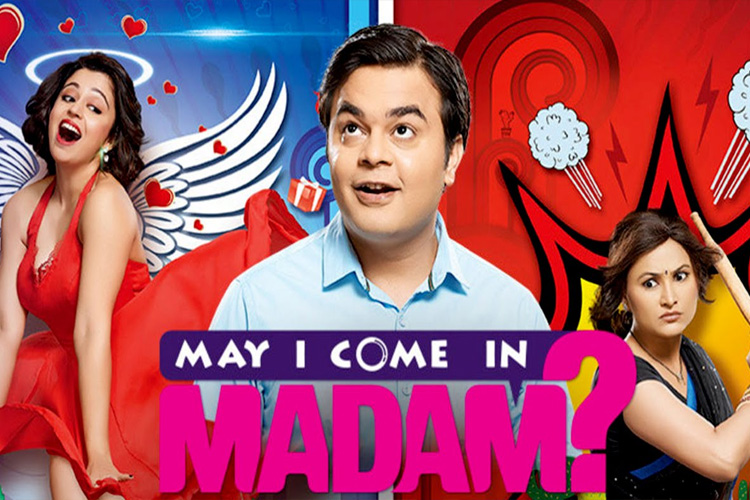 Life OK channel's revamped strategy is in place as it already bid adieu to on-going shows like Sher-E-Punjab: Maharaja Ranjit Singh and Har Mard Ka Dard.
And now, the channel is all set to bid goodbye to yet another show, which actually is surprising.
In a time, where the channel similarly axed it's ongoing shows earlier this year, May I Come In Madam? was the only show to have stayed put.
However, this time around, that doesn't seem to be the case as the show has also been put on the spot and will be pulled off-air soon. Apart from Sher-E-Punjab.. and Har Mard Ka Dard, Prem Ya Paheli? Chandrakanta is also scheduled to go off-air soon only leaving Ghulaam safe from this bloodbath so far.
What do you have to say about the show going off-air? Leave in your comments below...
0 Likes

Rajesh Kumar to play the male lead in the second season of ‘May I Come ...

STARANDFIREFLY 3 years ago plz end Gulaam serial as soon possible plz i'm requesting u plzzz Life ok channel .I don't like the serial. Because of this Gulaam serial I hate watching this channel plz end the Gulaam serial plzzz

Supermagical 3 years ago Starone was way better with different shows and a proper marketing team.

Rangeelafan 3 years ago My Goodness the more we wish Ghulaam to go off air the harder they're trying to keep this illogical show. Please spare SH and the couple scenes. Don't ruin the beautiful moments of Sandhir on your Chi----Ra. End Ghulaam.

Loveguru15 3 years ago What is so special in Ghulaam? Good actors like Param and Vikas deserves better, they should end Ghulaam as soon as possible.

Darkasdevil 3 years ago Change life ok into music channel may be that way they won't have to go for revamp after every half qualter. What is in Ghulaam? We want the show to go off air soon for the poor story line and copying everything from Param Singh's previous show. They don't have their own mind of creativity.

livelong 3 years ago We don't need Life ok. Our life is pretty OK without this channel.

ParamSinghfan 3 years ago Starone shows were so entertaining but the channel was revamped by force and look at the channel now, their every show is being plugged off. No need for keeping Ghulaam, kindly release Param Singh and the other actors. They deserves better.

Juhi_04 3 years ago Why only Ghulaam show has to remain? Who watched that show when even Param and Niti' S fans wants it shut? PYPCK, Ranjit Singh and May I Come In Madam? don't deserve to go off air as these 3 are the best but underrated shows of Life Ok. Please end only Ghulaam and make Savdhaan India only a weekend show instead of showing it everyday. Why everyone are after only Life Ok to end their shows? What about ending useless and crap shows like Kumkum Bhagya, Tu Suraj Main Saanjh Piyaji, Udaan, YHM, YRKKH and some more shows? Because of these people axing good shows these shows are forced to turn their shows into crap like other shows to save their shows as people of this generation can't digest any show that are progressive. They only love watching regressive shows.