View Profile
Being the screenplay writer and associate of Ram Gopal Verma, Manish Gupta, is not a well known name for audience, but the films penned by him has got him and his films much recognition amongst the Bollywood audience. Albeit he started his career in direction by picturising a story in Ramu's "Darna Zaruri Hai", his complete directorial debut will be with the forth-releasing film "Stoneman".

We had a small conversation with this little known talent where he shared his thoughts about the film, hopes, wishes and much more:

Q.: Please tell us about your forthcoming film, "Stoneman".
A.: It's based on true incidents. In 1983 an infamous serial killer, targeted only slum dwellers and beggars on footpath with his only weapon, a stone, and haunted the dreams of all poor people with his freaky and intimidating image. What did he want to get out of it, is still a mystery as his sanity is also under qualm. Even police is also in gloom regarding that fanatic terminator. It's said that in 1987, the same stone man followed the same way to kill someone in Kolkata and got away untraceably. My film is based on all those incidents.

Q.: Is there any reason behind choosing such a subject?
A.: Actually I wanted to make a film on a serial killer. Many years back, I went through the Times of India and got to know about four most infamous serial killers including Charles Shovraj, Raman Raghav, Billa Ranga and Stoneman. Now, the reason behind choosing stoneman is that his identity is still shrouded. No one knows about his whereabouts and his reason of killing those people is in the same vague state. He is completely a nightmare. The rest of the guys in the newspaper were either hanged to death or sent behind bars. At the same time, the reasons of killing were very clear in others' cases. So, there was nothing new in them. But stoneman is really unique and hence makes it as the subject of my film. 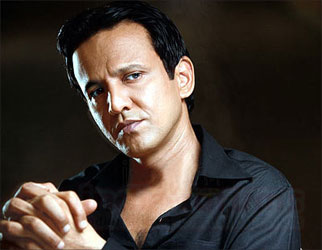 Q.: Is the film completely based on true stories or you have mingled some filmy imagination in it?
A.: I have actually mixed my imagination with the information that I could get about stoneman from police and newspapers. Truth is based on their information and mine is totally imaginative. The mystery was unsolved, but I have tried my level best to give a solution to my story.

Q.: You told me that you didn't have any information about the stoneman's character. Did you face any difficulty in building his character up?
A.: Not at all. I went through all the information regarding 1983 news materials to make his character visible enough to me. At the same time I went to the archive of the Times of India and read all the information regarding the stoneman, published in different portals. Till the time I completed reading them, I got enough idea about the character. Even, thinking about his habit of killing people by thrashing their heads with big stones, I got the idea about his height. At the same time I knew that he was not a thin and lean kind of guy, but a man with ample physical ability. I made his sketch in accordance with all my collected information. And, still, we have to understand that stoneman is a guy who used to come out in nights only.

Q.: Please tell us about the casting. How did you choose them?
A.: Kay Kay Menon is portraying the character of an honest police inspector who in behind that stoneman. Arbaaz Khan is with him but playing a corrupt police inspector who is always engaged in spoiling others' duty. Rukshar is orchestrating with Kay Kay as his reel life wife in this film.

Q.: You have been associating with Ram Gopal Verma in most of his films. How is his impact on your film?
A.: I have learnt everything from him only. Whether it's shot taking, editing, applying sound effects as well as adding appropriate music, he is the only man behind my learning 'A' to 'Z' of filmmaking.

Q.: You directed one story in Ram Gopal Verma's "Darna Zaroori Hai". How was the experience?
A.: Awesome. But the problem is, he stopped producing films after that. He now exists as a director only, so I parted from him thinking I have no future in his association.

Q.: Writing screenplay, depicting dialogue and now giving direction. What else have you thought of excelling in?
A.: I wish to become a producer within two years or so.

Q.: Will you still continue writing screenplay and directing films after getting into the role of a producer?
A.: Absolutely.

Q.: Please tell us about your forthcoming films.
A.: Nothing for the time being. I am just waiting for my first film to get released now.

Q.: What would you like to opine about films like "Hostel", "Karma Confessions and Holy" and "Saab Chai Pani"?
A.: "Hostel" and "Saab Chai Paani" are my films. But Manish Gupta, an USA based director, is making "Karma Confessions and Holy". I cannot look forward to the release of my two films, "Holy" and "Saab Chai Paani", because the producers of both the films are very unprofessional. And I am even scared about the chances of release of those films. The producer of "Stoneman" is quite strong and there is no doubt about it's release but still, getting particular about date is impossible right now.

Q.: All the three films, "Hostel", "Karma Confessions and Holy" and "Saab Chai Pani", are looking quite arty. Why did you choose such films?
A.: I basically think about arties only. Thinking about commercial films is not my priority. If I concentrate on commercial films, that means I am thinking about earning money. And I obviously would expect my films to collect money. But the clichéd path of commercial filmmaking, that includes songs and seductive dances, is not acceptable to me. I think and write very sober subjects. "Sarkar" was very serious and an arty kind of a film, but it was a super hit. I believe that even arties can earn commercial success.

Q.: That means you will never make any commercial film?
A.: Not at all. I cannot think commercial. I am even against including songs in my films. My film "Stoneman" has only one song and that was included to the force of the producer. I still have problem with that song.