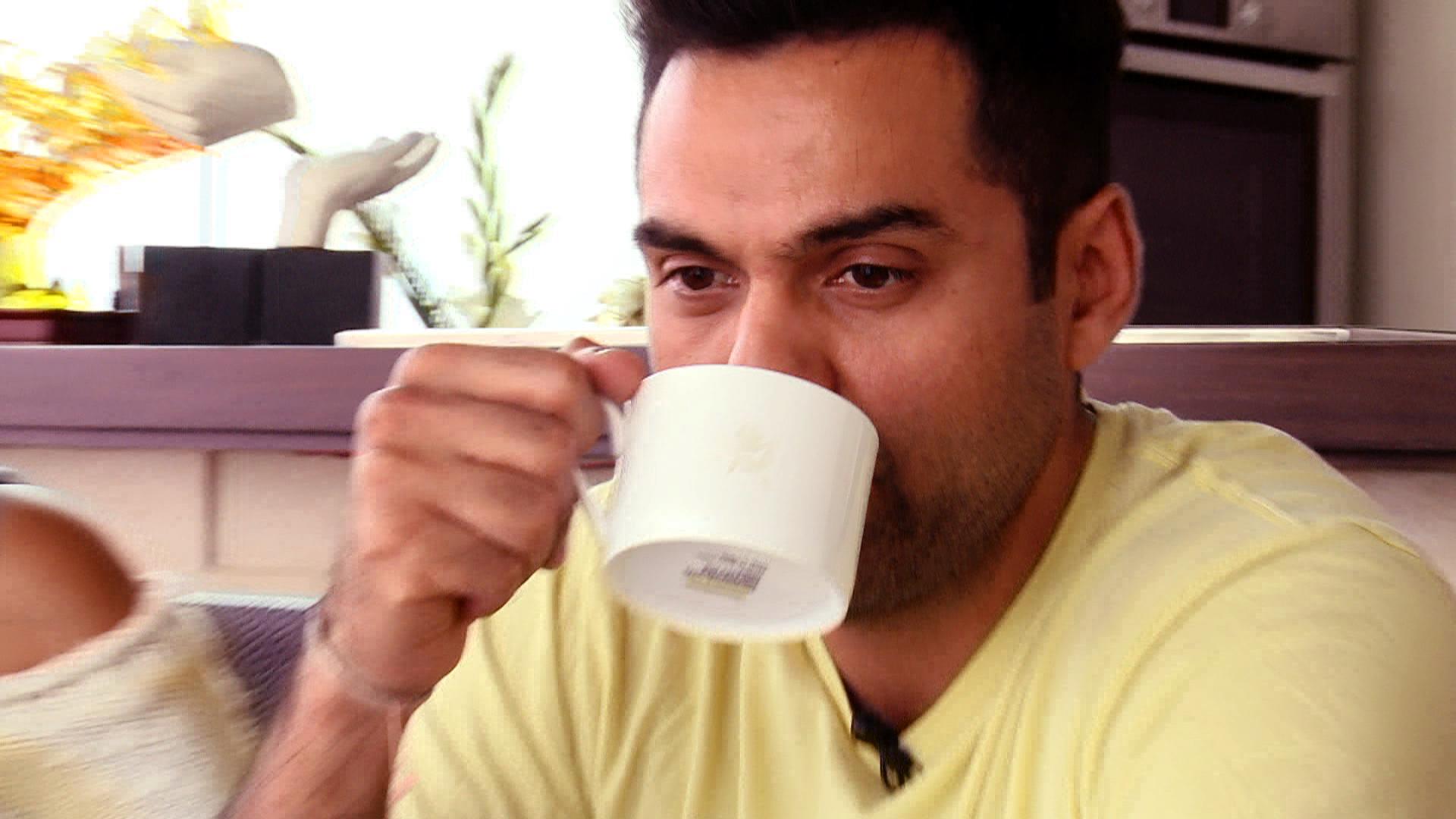 This week, UTV Stars' Breakfast to Dinner takes the viewers into the life of the quietly sexy movie star, Abhay Deol. The actor who can play a lover boy and a recovering addict with equal aplomb, talks about his life, his love, the upcoming movie and everything in between.

The day begins at the breakfast table where Abhay and his girlfriend Preeti Desai are grabbing a quick bite before heading out to tackle their hectic schedules. The chemistry between the two is palpable as Abhay gets talking about his upcoming film, One by Two, while sipping on his favourite espresso. As the actor readies to leave for his commitments of the day, he divulges that initially before they began dating, Preeti had been judgmental about him. Being as modest as he is known to be, he then goes on to admit that this happens to him quite often and he is used to being judged.

Surprisingly, the affable star confesses that he had not even looked at the hoardings of his debut film, Socha Na Tha. "I hated my hairstyle when Socha Na Tha had released," gushes the actor, quite ignorant to his obvious good looks. As the conversation moves to Abhay's future plans, the actor says that taking one step at a time is a mantra he has always followed and is something he will continue to do. He asserts, "I want to be careful with what I do." Turning producer now, Abhay explains that the journey hasn't been easy but at the same time it has taught him a lot and hence he now chooses his work with more deliberation. Abhay shows his considerate side when he discloses that whenever it is necessary or in order to not hurt someone's feelings, he can fake laughter very well. And with this sweet little tid-bit about himself, the dimpled actor bids adieu to the viewers.

Catch the charming Abhay Deol this Sunday, January 26 at 7 PM only on UTV Stars' Breakfast to Dinner