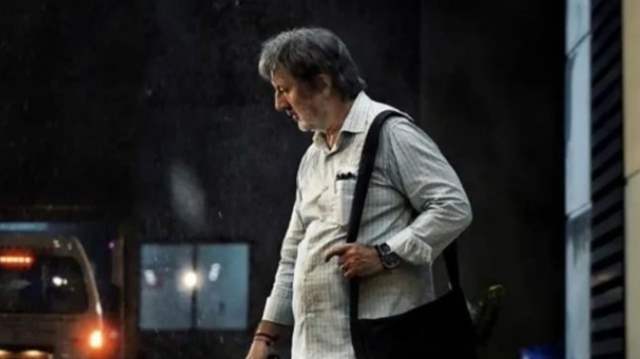 Anupam Kher had been filming his next feature, The Signature, for a few weeks. The actor has finally completed filming and the film's poster giving a peek at his look has been unveiled. He is portrayed as a tired elderly guy about to cross the street, carrying a bag on his left shoulder and an umbrella in the other hand.

Gajendra Ahire, a National Award-winning director, directed the film, which was produced by KC Bokadia. It's billed as a moving story of a common man. With this film, Mahima will make her comeback in Bollywood after several years.

The news of Mahima's cancer struggle broke during the filming of this project. Anupam had uploaded a video of him and Mahima in which she discussed her cancer diagnosis. She revealed that Anupam called her when she was in the ICU to do his film. She stated that she was offered to appear in many digital series and films, but she couldn't say yes because of the loss of hair. In the caption, Anupam called her a 'hero' and applauded her for her courage.

Meanwhile, Anupam Kher was last seen in the film 'The Kashmir Files' which was a blockbuster and garnered rave reviews from the audience. Currently he is filming for Sooraj Barjatiya's Uunchai.