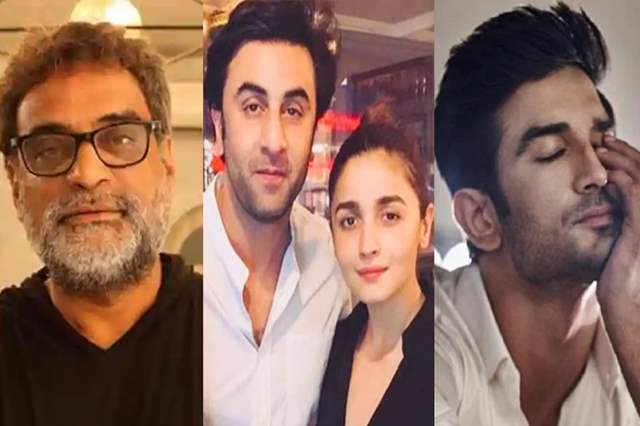 The saga surrounding actor Sushant Singh Rajput continues to gain mileage for one reason or the other but if there is one thing that is specifically been stagnant, then that is the fan outburst. Fans have been slamming several Bollywood celebrities online, especially in the case of nepotism. And when it comes to the topic of nepotism, everything has been surfacing around director and producer Karan Johar.

Few have opened up on the saga but the latest to open up on it director R Balki. Talking about it in an interview with Hindustan Times, Balki said that it is a rather 'foolish argument' and he drew comparisons with other industries where nepotism is as prevalent as anywhere.

He said, "It’s undeniable that this happens everywhere. Think about the Mahindras, Ambanis, Bajajs… Their father passed on the businesses to them. Does anyone say ‘No I don’t think Mukesh Ambani shouldn’t run this business, someone else should?’ In every strata of the society, it happens, even a driver or a vegetable seller passes on businesses to their children. So, it’s a foolish argument. Remember we live in a free society." He further added,  "The question is do they (star kids) have an unfair or bigger advantage? Yes, there are pros and cons. But I’d ask one simple question:?Find me a better actor than Alia (Bhatt) or Ranbir (Kapoor), and we’ll argue. It’s unfair on these few people who’re probably some of the finest actors."

He did, however agree that it is difficult for an outsider to create a mark in the industry saying, "Understand that audiences don’t like actors without talent. Sometimes, they also want to see star kids on screen. That’s only the first chance that you get, and then one needs to survive on their own. I agree it’s far more difficult for an outsider to make an entry in films, but talent gets the opportunity."

Bharathi_gurti 22 days ago Hlols,this man says Alia is a better actor....omg!! These idiots will never understand what is actually being said!! Nutto stop cracking jokes idiot..if u couldn't find any good actor than Alia itself proof how your BW runs behind these mediocricy! You couldn't find anyone becoz u people failed to look beyond Alia!! U guys never looked for a performer more than a star..Ranbir kapoor,yes I should agree..but with Aliaji is am sorry come out of that bubble...And please as an audience I say I DONT WANT ANY OF YOUR WORTHLESS NEPOKIDS!

luvumjht 22 days ago Hmmm, heard names like Tabu, Madhuri Dixit, ShahRukh khan, Akshsay Kumar, kangana Ranaut, Vidya Balan So sad such few names from mordern era as these people donot let new talent come up. The TVF actors can act better than these 2. So many TV actors can display more range of expressions. Even irffan got noticed in Bollywood as a lead after his success in Hollywood.

sreeja_rox 22 days ago Find me a more worse deserving debut award winner than Ananya Pandey and then we will stop arguing :-)

stormborn 22 days ago Show me an argument that's dumber than this interview, then we will talk. 😑 Dude, Alia has like 4 expressions in all total. 5 at most but not more than that. And Ranbir keeps playing the same character in different films.

thesheowl101 22 days ago I honestly think the viewers are to blame for nepotism. Fans have wanted star kids on the screen since they were in diapers. They are excited to see them and so the moviemakers take advantage of that demand and give it to them. It's not a secret that New Faces are always risky. So you can't really blame the film makers for going with star kids who already have a fan base. That's how it works. Star Kids get an easier first chance but the rest of their career is wholly based on their talent.

123pritha 22 days ago New talent shall not be suppressed or outsiders cornered.Star kids can co exist with new outsiders as well.Actions that hurts others shall have strict consequences irrespective whether star kid or not. And is happening, its Karma. Everyone has to face the result of seed they have sowed. When one's success is achieved by looking down on others, making fresh faces bullied. Its not there talent that is highlighted but their insecurity is brought to notice of public.Creation of monopoly and domination in any industry to bully the minority, that is oppression.

phadukaran 22 days ago point isn't about anyone acting ability, but the fact that Star Kids keep on getting chances because of their godfathers or mothers in the industry, while outsiders only get one chance to shine or they would be put off unless they join the bougie camp.

Abhishek Bachchan Tests Negative for Coronavirus After ...
19 minutes ago