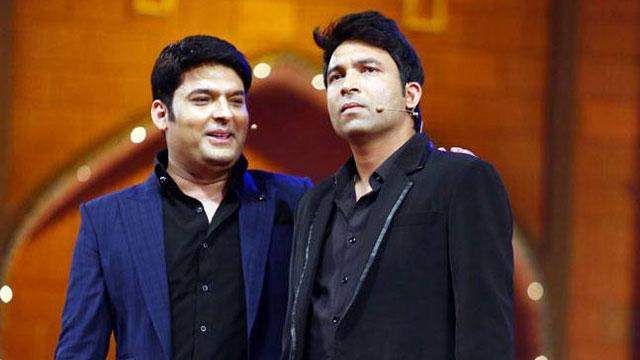 The Kapil Sharma Show's Chandu aka Chandan Prabhakar, who was missing from the show post the team resumed the shooting, is now back in action. The actor joined the team recently and will be seen in the upcoming episodes of the show. In an exclusive conversation with ETimes TV, the actor shared the reason behind being away from the show and Kapil's reaction on seeing him after six months. "I wanted to spend time with my family and that's what I was doing. Also, since I have a baby at home and due to the pandemic I did not want to rush to any decision. So, I took a break to see how things would be in future and then make my mind. I had never got an opportunity to spend time with family the way I did during this lockdown. When we are working we always have the work pressure in mind, but during the lockdown, I enjoyed being with my family," shared the popular comedian.

Talking about resuming shoots and being back on the show, Chandan said, "When shooting resumed I had this fear how things would work and I did not have too much pressure about money. It was my own decision to be with family and see how things go. Then there came a time that everyone started working and even the team of TKSS wanted me back on the show. Then I discussed with my wife about what I should do and we realised that now we have to live with this virus and there is no point sitting at home. It is better to resume work and take all the necessary precautions. So, I decided to resume work and I began shooting a day before yesterday. I was not able to recognise anyone as everyone was wearing a mask, but it is fun to be back on the show." Chandan is very happy with the safety measures being taken on the sets, "I am missing the live audience and I feel it was one of the strengths but the situation is such that we can't have it. I had a great time shooting again with the cast. The good part is that all my fear of being back on the sets, resuming the shoot during a pandemic, everything faded when I saw all the safety measures that's being taken on the sets. All the fear is gone. In fact, I feel when I go to buy groceries and other items there I am at risk but not on the sets, it is the safest place to work. Now, I am relieved," he said.

The actor also revealed his friend and TKSS host Kapil's reaction when he saw him after six months, "Nothing when he saw me for the first time, he said, "Yaar bada patla hogaya tu." I replied to him saying, "Haan income ruki hui thi na, isliye patla hogaya." We laughed a lot," shared he.