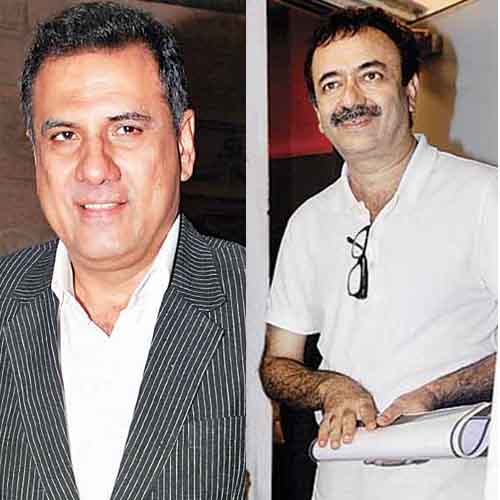 Boman Irani has been called many things in the past; from the film's surprise element to Rajkumar Hirani's lucky mascot, but the actor insists the only relationship he shares with the eminent director is that of friendship. The fact that the two consider each other close is known to all, but what's remarkable is the two share such a wonderful rapport that whenever they come together its magic. Stretching limits and leaving the audience applauding seems to be a habit for this duo.

Hirani's rendition of J. Asthana and Boman's portrayal of it in Munnabhai M.B.B.S was something that got Boman Irani in the limelight. Lucky Singh and Lage Raho Munna Bhai, went a step ahead pushing Irani's acting skills and Hirani's stature. While awards and acclaim were for both to enjoy, no one was ready for the cult character of Professor Viru Sahastrabuddhe that the two conjured for 3 Idiots. They have subsequently raised the bar very high and almost insurmountable, pushing the envelope each time they have come together.

Their work and their rapport have been cinematically fantastic each and every time, and everyone is looking to finding out what is Boman's role in the film.  "I have an important role in P.K. but the length is comparatively smaller. Raju Hirani is my dearest friend in the industry. I would do his film even if it is a passing shot and I am supposed to just stand there, because this relationship is bigger than the film," said Irani stating he owes his success and popularity in this industry to Raju, while Raju in his typical serene manner just expects his audience to wait and watch for what he has made his favourite actor do this time around.