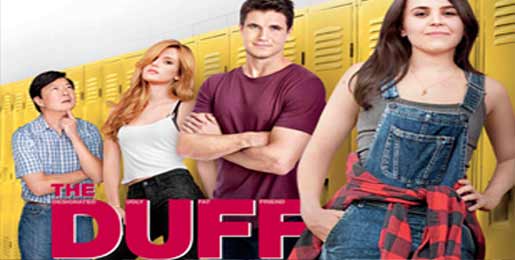 High school teen film "The Duff", which was earlier slated for release on Friday, has been rescheduled to hit the theatres on June 12.

"With a strong youth population in the subcontinent, the producers saw good business sense to embark on a theatrical release in India on June 12. The movie will now rub shoulders with 'Hamari Adhuri Kahani'," read a statement.

While "Hamari Adhuri Kahani", directed by Mohit Suri and starring Emraan Hashmi, Vidya Balan and Rajkummar Rao, is about serious grown-up romance, "The Duff" is a light hearted high school rom-com with a lot of nostalgia.

Ahead of the film's India theatrical release, "The Duff" director Ari Sandel said: "India is becoming an increasingly important territory for Hollywood films. High schools are the same everywhere and I am sure so are the problems, even across the world. I hope that the audience will connect with and enjoy our movie."

The film stars Mae Whitman, Robbie Amell and Bella Thorne in the lead.