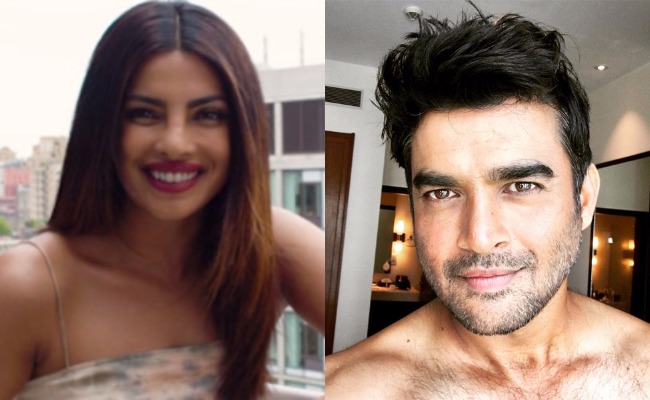 Priyanka Chopra plans on venturing into the web space while her production house, Purple Pebble Pictures makes headway in the independent film scene.
The Bollywood actress unveiled quite a few regional films at Cannes including Marathi, Sikkimese and Punjabi titles. And, she is now turning towards the digital space.

There's a buzz all over the industry about switching mediums and the new taxation system is only furthering the motivation to steer clear from mainstream broadcasting. Purple Pebble Pictures' focus is on indie and regional content and it looks like digital is the right move for the banner.
Meanwhile, R. Madhavan who is breaking the internet with his charmingly good looks is also set to star in a web series. Balaji Mohan who has directed a web series that has been released as a Hot Star Original will be directing a new show called 'Breath'. And we hear that they are expecting to release it in the next few months.
0 Likes