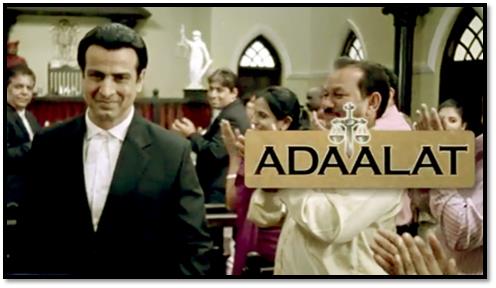 Sony Entertainment Television's courtroom drama Adaalat this week brings you the story of Rashmi, a fashion designer who had come looking for a job at the famous shopping mall, Pankh, is found dead in a small room inside the mall. Next to her, lies the detached wrist of the mannequin that has pierced her heart!

After watching the CCTV footage, Police arrests Pooja Talwar for Rashmi's coldblooded murder. But Pooja claims she has watched the mannequin walking in a robotic manner and stabbing Rashmi! KD accepts the case for he rubbishes the idea of a mannequin committing a murder. At the same time, he is also determined to find out who planned the whole show of a harmless mannequin come to life in the dead of the night to kill an innocent girl?

Will KD be able to nab the real culprit who is trying to implicate Rashmi?

cooks09 9 years ago wow.. it looks promising.. looking forward to this movie. as someone pointed that hrithik looks old then shahrukh, amir and salman are like granddads !!!! he looks just fine and the age has nothing to do with acting skills anyways ..

snehaphatak 9 years ago awww waiting for it
sounds promising!

-Harshu- 9 years ago Can't wait for the movie to release :)
Duggu Rocksss

RagMasta 9 years ago So not interesting..another flop just like Zoya's past movies..

phadukaran 9 years ago yup Salman's body everyone can see that it's sagging, so he didn't buy shirts for last 10 years. I guess hrithik who has worked hard on his body is following salman's footsteps

spsharmila 9 years ago I am eagerly waiting to watch this movie...thanx for the article :-)

aish_punk 9 years ago nice! it looks good :) and the movie seems like a fun one!