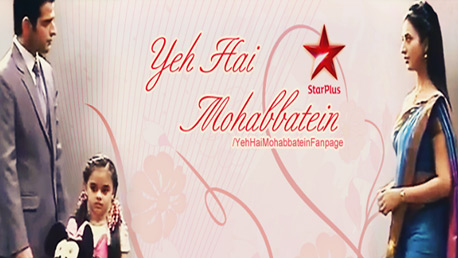 There have been a lot of speculations going over the culprit in Balaji Telefilms' Ye Hai Mohabbatein on Star Plus.

The ongoing tracks have showed us that Shagun has admitted that she is behind the accident of Mrs. Iyer and a lot of emotional drama is going on between Raman and Shagun. This story has a big twist in the tale. Among so many characters of the show, speculations were also going over Adi but Shaugn's confession have made the audience believe that she is the culprit behind the accident which happened with the car of Adi.

Our source says, "The culprit is none other than Adi. The blame of which is being taken by Sahgun (Anita Hassanandani) upon herself. Further, Adi will confess his crime in front of  Raman leaving Raman (Karan Patel) shocked and shattered. Eventually, Raman whose weakness is his love for his son Adi will try to cover up his crime in front of Ishita and everyone."

When contacted Gautam Ahuja aka Adi he refused to comment saying, "I can't reveal anything about it."

6 years ago Karan Patel- what an actor :) such a joy to watch!

6 years ago Can't wait to see what Karan Patel has in store for us this week when the truth is out! Always bringing stellar performances!!:)

dilpreetdua24 6 years ago haww really :( they are bouncing the blame from one person to another just hope this accident mystery ends soon and more imp. is our IshRa are happy as always.. love them divyanka tripathi and karan patel are amazing

Divyanka Tripathy and Karan Patel are fabulous as IshRa

+ 2
6 years ago Wow! Awesome parenting by Shagun!
Adi's should be exposed and court should grant his custody to Raman ... at least he will be saved from his 'useless mom and her BF' who never have time for him or to teach him anything good. What kind of parents would gift their minor son a car and then let him drive it?!!!

Keep rocking Karan Patel, you are great as RKB.