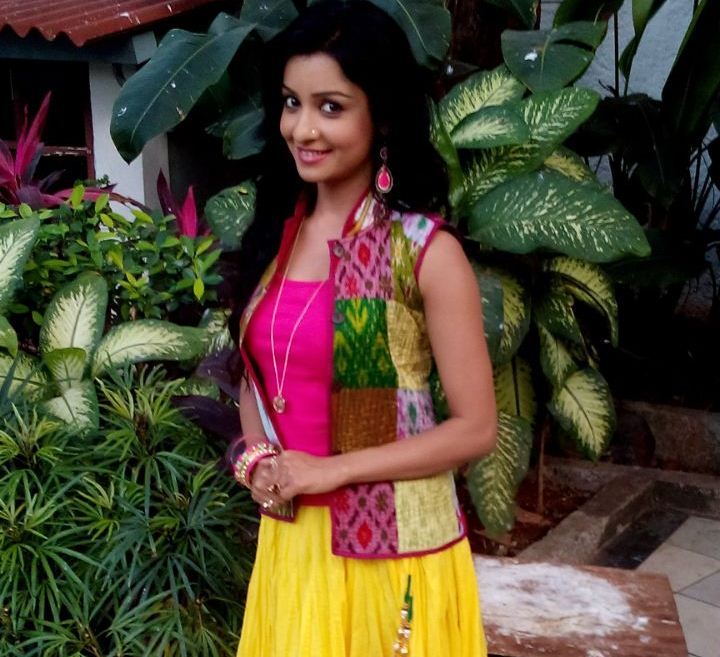 Swastik Productions' Bandhan...Saari Umar Humein Sang Rehna Hai on Zee TV which is set to take a 10 years leap, will introduce many new faces in the show. To start off with, little kid Darpan (Ananya Agarwal) will be shown grown up and Life OK' Ek Boond Ishq fame Chhavi Pandey will be the new lead.

Yes, actress Chhavi Pandey will enter the show after a leap. In conversation with us, she talks about her role in brief with us...

Telling us about her new show, Chhavi says, "Yes I will soon enter the show as Ria which is the transformed name of Darpan. My entry will be showcased with Darpan's transformation who has grown up in Mumbai and pursued her studies. Being brought up in the city, she has been living a lavish and modern life."

Talking about the transformation of the character Darpan, Chhavi says, "Darpan has lost her memory because of which she is unable to recollect her name. Her transformation of Darpan is totally opposite to that of her childhood as all her interests have differed, talking about her love for animals it is no more evident in Ria and so she is far from her brother Ganesh. The only similarity striking between them is her liking for painting."

So what made Chhavi to take up Bandhan? "It's a very different show that offers a different character as well as a different look. In my debut show Ek Boond Ishq, I was playing a character of 10th pass girl Tara whereas now I am more educated and have a different perspective for living life. The main thing that attracted me was the concept of taking revenge. Even in my previous show revenge was an evident concept and somehow I think this concept brings more variation for a character to portray in a show."

Well, the show will soon witness the leap and entry of new faces. The show will take a turn when Darpan will take revenge from Vishwas Rao (Sudesh Berry) for killing her family with the help of his son (Mrunal Jain), who will be her love interest after the leap.

6 years ago Happy to see Chhavi Pandey back on screen

+ 2
6 years ago So Darpan will forget about Ganesh? Awww... poor Ganesh!

6 years ago Happy to see you back.
I m sure u will rock again.
I will definitely watch this show.

+ 2
6 years ago Show mein kuch hai nahi baaki but good she can work in it for some time!!!!

I hope to see her opposite Viraf Patel soon so that i can watch her again!!!

Missed you guys as well ...sehru and mohi

6 years ago wishing chhavi pandey all the best.have been missing her & extremely excited to see her come back with a show which will allow her to explore, we know she will rock her role in Bandhan and win hearts just as she did in ek boond ishq. Not a follower of the show but will follow it she see our Favourite back in action.

+ 3
6 years ago Chhavi you are looking beautiful in this new look and outfit is suiting u a lot ...
very exciting to see back Tv and best of luck for your new show ...
will watch and give you our feedback
#bestofluckChhavi

+ 3
6 years ago Very much Excited to see you back,Chhavi pandey. Pretty sure that you will rock your character of Darpan like Tara's in EkBoondIshq,havent seen this show till now,but will definitely see it for you!
All the best!