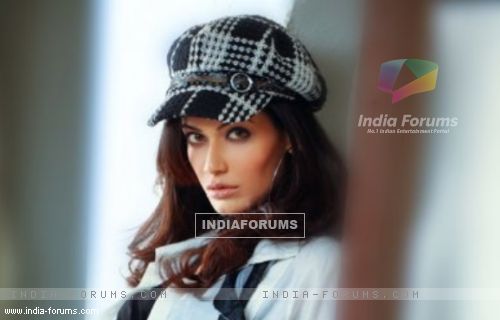 Newly launched show Humsafars on Sony TV is winning the hearts of the viewers with its different storyline and star cast. The show has also stars the popular actress Payal Rohatgi who will be playing an important character in the show.

Payal is making her television debut with Humsafars as Anam which will be a negative character in the show. TellyBuzz spoke to Payal to know more about her character and experience so far.

Talking about her character and experience shooting so far, Payal told us, "I am playing the character of Anam in the show who is a Muslim as the show is having a Muslim backdrop. She is the face of the fashion house. It's a very glamorous character and she is a very strong and an ambitious girl. Her career is always her first priority. I am learning so many things while I am portraying this character. I am very happy to shoot for the show. I had a good experience so far in the show. There are lots of people who are working behind the lens as well and all the people around here are very good to work with. It's a nice family like experience."

So, what has made Payal to make her debut on television by opting for this character? When we quizzed Payal about it, she answered, "TV has more of women centric roles. There are lots of things to learn. I love to act and if you get to do characters which you like then you enjoy doing it. Though television has long working hours but if your work is your passion then it becomes a hobby for you. I was quite excited to work for this character. She is woman of today's era who gives importance to her career. The character is very powerful and I thought that I can do justice to this character that's why I opted for this character. As an actor, I would love to do anything but the reach of television is more. I have got lots of love from the audiences through reality shows. I will keep doing whatever exciting will come my way.

The talented actress who is engaged with the love of her life Sangram Singh, also shared about her plans of getting married with us. She shared, "We are planning to tie the knot next year as currently Sangram is busy with his upcoming movie Yuva and I am doing the show. So, we are planning for it next year."

"I am very nervous about my television debut. I am working hard for it and I need everyone's support for this. Hope you all will like me as Anam," concludes Payal giving message to the fans.

+ 2
6 years ago I never thought I would see some one named Anam on TV and that too with a negative role
Damn u CVs.