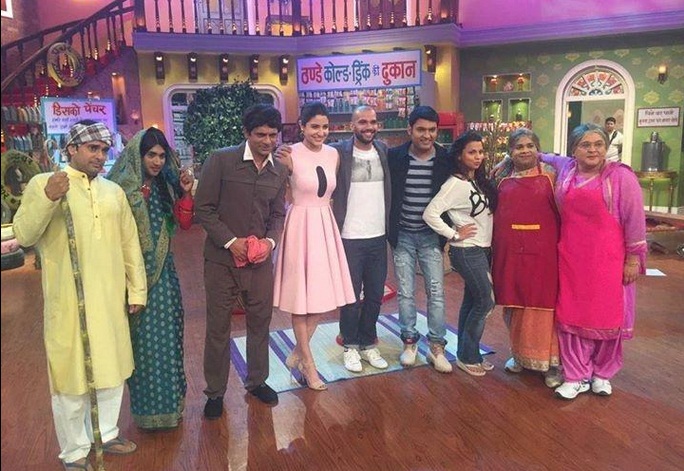 Colors' comedy show Comedy Nights with Kapil, has become a platform for promotions and inviting Bollywood celebrities. While many renowned actors have had a hearty laugh and a gala time on the sets, this time actress Anushka Sharma along Neil Bhoopalam will be making their appearance on the stage to enjoy the gags and interact with the viewers.

Well, it looks like, Anushka is following her boyfriends footsteps, Virat Kohli, she will be seen promoting her upcoming film NH10, which is also her maiden step into Production.

The entire cast of Comedy Nights with Kapil along with the actors of NH10 will surely be delighted to share the stage and enjoy the gags in front of viewers.