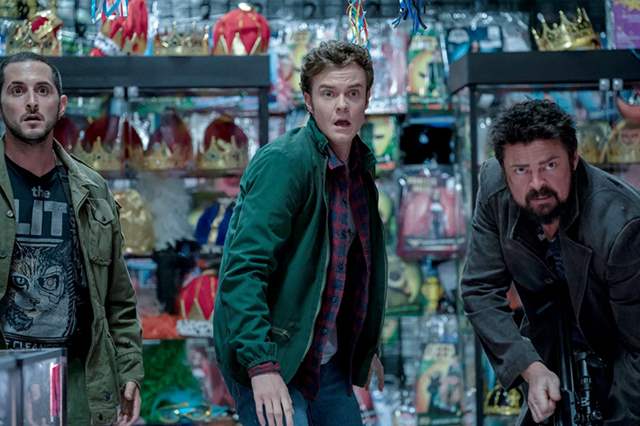 Little did one imagine or expect The Boys on Amazon Prime Video to be the rollicking hit it has turned out to be now The show has been appreciated for its outrageous and explicit satirical take on superhero culture where it has even achieved a status already. he hourlong action-comedy-drama, whose second season finale arrives Oct. 9, has pried viewers away from the COVID-19 and election news cycle long enough to become a certifiable smash. The Hulk would be proud.

While Amazon won't reveal exact numbers, Nielsen estimates over 6 million people streamed the show within 10 days of its July 26 debut. With a third season already in the works (plus a spinoff in development), the timing feels right for the release some supplemental Boys materials to keep fans sated until the Supes make their return.

To that end, a soundtrack, The Boys: Season 2 (Music from the Amazon Original Series), releases Oct. 8 on Madison Gate Records, featuring music from the show's composer, Christopher Lennertz, plus two original songs that appeared as key plot points in season 2: "Never Truly Vanish," a Celine Dion-esque ballad sung by Starlight (and actually performed by the actress who plays Starlight, Erin Moriarty) at the funeral of Translucent, a superhero who can make himself invisible; and "Faster," a hip-hop song performed by Jessie T. Usher, who plays the Flash-like A-Train.

The sound Lennertz landed on for the show, with input from creator Eric Kripke (Supernatural), is meant to evoke the spirit of its antiheroes — a ragtag group of mercenaries who go up against evil, corporatized superheroes that call themselves The Seven.

"They're aggressive, gritty and floppy," says Lennertz. "So it ended up sounding like a garage band, with British punk meets experimental sound and noise elements to it."

For the Supes, Lennertz began with a more traditional route by recording a full orchestra in Budapest, Hungary. He then fed the music through an audio processor to "bend the sound —  up or down depending on what's happening in the scene. It's a disturbing, not always pretty sound," he says.