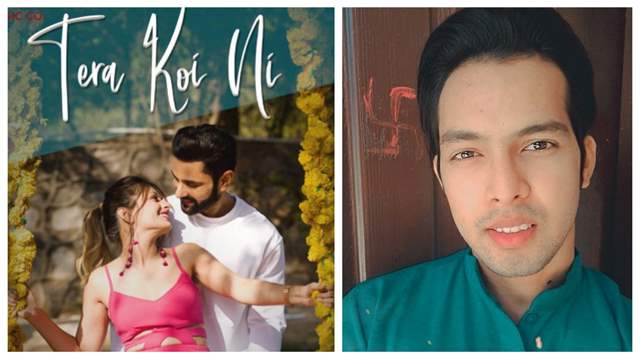 With the rollicking trend of music videos at an all time high, more and more such videos have been coming on foray often and it does get difficult for one of them to stand out.

But some certainly do and after the success of the song, Kyun Ni Pata, producer and casting director Kartik Paliwal is not out with his latest song.

This upcoming song is called Tera Koi Ni which this time apart from producing, Paliwal has directed the same too. The song stars Zindagi Ki Mehek fame Siddharth Sipani and actor-performer Akanksha Jindal star as the lead in this one.

In an exclusive interview with us, the man himself, Kartik Paliwal opened up on multiple things.

When asked what is this song about, Paliwal said, "It is a beautiful and soulful track. It is very emotional and is the story of a heartbreak."

When asked what had him cast Sipani and Jindal, he said, "Siddharth has done several music videos earlier and I loved his performance in the song Kudiye. I was clear about the look and vision of the leading man in this video and hence I went on to cast him. Apart from producing and directing, I also act the casting director of the song where I got several references for the part of the female lead. I look several auditions and I found Akanksha Jindal to be the perfect fit and hence cast her."

With so many music videos rolling everyday, what makes this song different than others? To this Paliwal said, "I believe the lyrics and the song itself is absolutely mesmerising. Rishi Roy, who has sung the song has a beautiful voice and I am certain people are gonna love it.  I would just love everyone to listen to it and I am really excited about what the outcome will be."

Himansh Kohli takes you on a journey of pain and heartbreak in ‘Wafa ...