Hyderabad, Dec 31 (IANS) The Telugu cinema of 2007 saw the usual commercial entertainers with more or less run-of-the-mill storylines. Luck favoured some stars like Venkatesh and NTR Junior who tasted success at the box office.

However, for others, like Chiranjeevi, Mahesh Babu and Nagarjuna, the year was quite disappointing as their films 'Shankardada Zindabad', 'Athidhi' and 'Don' did not fare well.

The year also saw Ram Charan Tej, Chiranjeevi's son make his screen debut for director Puri Jagannath's 'Chirutha'. Charan's performance was appreciated although the film was not what one expected from Puri.

Amrita Rao and Mamta Mohandas made their forays into Telugu cinema with 'Athidhi' and 'Yamadonga' respectively.

Treading a slightly different path in mainstream cinema, Sekhar Kammula's 'Happy Days' stole the show and remains on top of the charts. The film is happily cruising towards its 100-day mark and Sekhar has delivered a product that is critically well received and commercially successful.

With seven debutantes, Sekhar spun a simple and captivating tale of college life with a lot of commercial elements, making it click with the Gen X. The film romanticises college life and provides a huge slice of nostalgia to those who have passed out of college bringing back memories of the good old years.

A significant highlight of the film, besides the story, was the brilliant and subtle performances of the lead pair Venkatesh and Trisha. The film was refreshing and managed to strike a chord.

Director S.S. Rajamouli and actor NTR Jr's combo created magic at the box office with 'Yamadonga'. A slim NTR in a new avatar, good camera work by Senthil Kumar, a lavish Yamaloka set by Anand Sai and some foot-tapping music, including a Telugu song by Daler Mehandi, by Keeravani were some of the highlights of the film.

Puri Jagannath ushered in Sankranthi with 'Desamuduru', which clicked. Allu Arjun with his six-pack abs and new makeover (hairstyle) and a nubile Hansika Motwani (playing a sanyasin) were the lead pair. Kullu Manali provided the picturesque backdrop to a part of the film. Puri Jagannath delivered another film with near perfect ingredients for 'Desamuduru' after 'Pokiri'.

Actor Gopichand's acting was the mainstay of 'Lakshyam'. Gopichand's stock has shot up after this hit directed by debutante Srivas. 'Lakshyam' had a bit of everything - romance, sentiment and action to make it click with the audience.

Director Srinu Vytla's 'Dhee', perhaps the film with the shortest title, found favour with the audience. It gave Vishnu Babu a much-needed hit. Genelia and Srihari's (playing Genelia's tough brother) performances added to the success of the film. 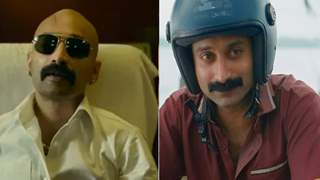 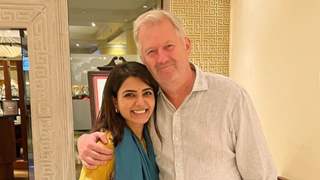