Elections have already started everywhere in the country and as responsible citizens of India we are being reminded again and again as to how everyone should vote to bring in a change. While many have realized the importance of voting due to enlightening slogans like 'Vote for a change' and 'Every vote counts' we have also seen a deluge of our TV celebs who are urging people to vote.

However, it is somewhat sad to note that many of our TV stars who are shooting in Mumbai will be missing out on voting this elections since they don't have time to go to their hometown where they are registered voters.

All this is due to the hectic shooting schedules of our Telly world wherein shooting for daily soaps is a priority instead of going to cast a vote for the right candidate! TellyBuzz spoke to some such TV stars who sounded sad about unable to vote and expressed their views of what kind of changes they want to see in their hometown.

Let's hear what they said. 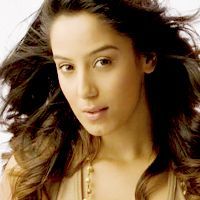 Srishty Rode, last seen as Sarita in Zee TV's Punar Vivaah Ek Nayi Umeed: "I was so excited to vote this time but unfortunately I won't be able to go to my hometown Delhi because of some reasons. I want someone to strongly react on the rape and the harassment cases happening against women in our society. We need to have a strong law to keep a control over it. I would like to see someone taking charge over the safety of women in Delhi." 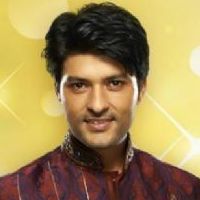 Anas Rashid, currently seen as Suraj in Star Plus' Diya Aur Baati Hum: "No, I won't be able to go to my hometown Malerkotla in Punjab for voting this time because my shoots are very hectic these days and I won't be getting any off to go there. According to me, an off should be given only to those actors who will actually go and cast their vote because if all actors are given an off then there is no guarantee that all of them would go and vote. Some of them would prefer going to go shopping, attend parties or just sleep at their home. So, those actors who are willing to go and vote should get a provision but those who are staying here can take a half day to go and vote.

For my hometown, I want that there should be an institution for girls where they will get proper guidance as what they should do after their 10th std and graduation. It's very much needed in my city because girls in my city are little isolated from the world and they are not able to understand as to what career they should take up. In my city girls are not allowed to go out of the city to pursue their career. So, they need an institute where they should be guided well about their career even in their schools and colleges too. The government should also work upon the improvement of Railways in our country because there is no reservation available in the trains for 3 months currently. We claim that we have the biggest network of Railways in the world but the condition of Railways is sad." 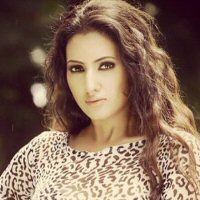 Additi Gupta, last seen as Nandini in Zee TV's Badalte Rishton Ki Daastan: "I am supposed to say 'Yes' as one should vote but I won't be able to go to Bhopal where I am registered. I haven't stayed in Mumbai for 10 years so I can't have my voter's id here. It's sad that we take pains to vote but the people whom we are voting for never take any pain for us. It is sad that the new leader who forms the government never solves our problems. I have stayed in so many places and the condition of roads and the developments that a citizen expects is not there. Especially for women there is no security which we really require these days. In small cities such things are not being taken care of and nobody is going there to see what kind of development is needed. In the advertisements, we are seeing that India has developed a lot these years but sadly it's not true. Instead of making just fabulous advertisements, they should put in more effort to make things better." 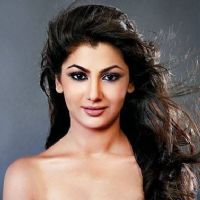 Sriti Jha, currently seen as Pragya in Zee TV's Kumkum Bhagya: "This time I missed out on voting. I am a registered voter in Delhi and I couldn't go there because of my shoots. I feel everybody, even actors should get an off so that they can go and vote. In Delhi, I would like to see safer transport facilities for women. There should be more safety and respect assured for women. There should be an active helpline number for the safety of women. So, basically I want to see the safety of women assured in Delhi."

While it is easy for actors to shoot for encouraging videos which ask people to vote, it is really disheartening to note that there are quite few of them who will have to miss out on the chance to vote for change due to their work. We can only hope that things change for the better in the future.

+ 3
7 years ago diya aur baati hum rocks. thanks for the article

7 years ago Anas Rashid the most important is your work. keep rocking as suraj in dabh. wish you all the best.

7 years ago Anas Rashid, really hope that there will be a solution to this problem, you rock as Sooraj :)

7 years ago Anas Rashid You are the best
Keep Rocking :)

7 years ago Additi love you and Happy Birthday to you.

7 years ago Anasrashid u rockz as Suraj in Diya aur baati hum...