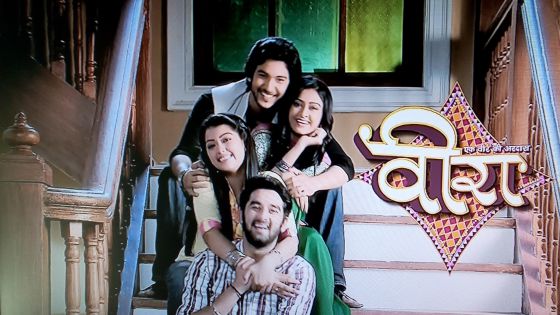 It's a very special day for the entire team of Beyond Dreams' popular show Veera.Â  A beautiful journey of loving siblings began on Star Plus in the year 2012 and the storyline of the show successfully won audience's heart.

Veera enjoys a great fan following across the globe and the team today is pleased to have a very special fan of them on sets today.

We heard that, Dalbeer Kaur, who happens to be the sister of late Sarabjeet Singh (a farmer who was kept captive in Pakistan and later lost his life) is a great fan of the show and she got an opportunity to visit the sets of the show today.

The entire cast and crew of the show spent some happy moments with their ardent fan Dalbeer and her family.

When we contacted producer Yash Patnaik, he happily shared, "I was pleasantly surprised to receive a call from Dalbirji, the elder sister of Sarabjit Singh. She got my number through writer friend Rajesh Beri who is writing a biopic on Late. Sarabjit Singh (set to be directed by Omung Kumar). "

But how did Dalbeer contact the production house? Is it so easy?

When quizzed Yash, he stated, "Dalbeer wanted to meet me, Mamta (Patnaik) and the cast. She met us in the office this morning and couldn't help showering her compliments for Veera. She and her family have been following Veera from episode 1.Â  In fact, she told us how our show reminded her of her brother Sarabjit who was in Pakistan jail at that time. Dalbir ji and Sarabjit's daughter Poonam wanted to meet our young superstars Bhavesh (Bhavesh Balchandani) and Harshita (Harshita Ojha) and hence I called them to the set."

"Banking on the opportunity, we arranged a get-together for the former and current team of the show and the entire cast and crew spent some good time followed by a cake cutting ceremony in memory of the Late. Sarabjit Singh."

"It's so wonderful to hear when Dalbirji told us how she, her family and neighbors watch Veera and its repeats. She kept on mentioning sequence from initial days till date. Apart from the story and characters they love the way we have made the show with the authenticity, detailing and simplicity," adds Yash.

No doubt, hard work pays off! The team will surely cherish this day forever!Â