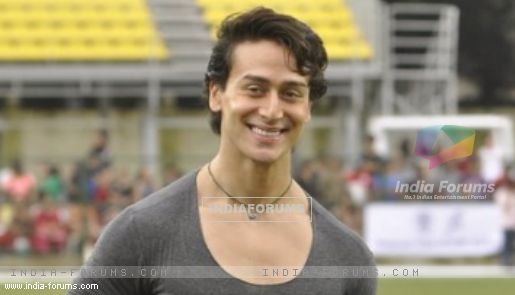 Actor Tiger Shroff Friday paid tribute to his inspiration and pop icon Michael Jackson on the occasion of Teacher's Day.

Tiger, who started learning dancing two years ago, unveiled a dance video, which is was a tribute to the late King of Pop.

The newcomer, who put his best foot forward as a dancer in his debut film "Heropanti", and his mentor Paresh were seen doing Jackson's signature steps in the video.

"This is a tribute to Michael Jackson and to my guru Paresh. It was not easy to match steps with Paresh, but I have tried. Michael Jackson has been my inspiration and I started learning dance two years back," Tiger told IANS.

"This video will be online soon. I hope everyone likes it," he added.