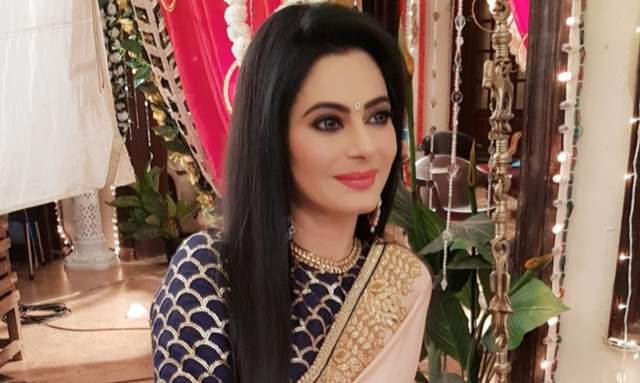 Actress Tassnim Sheikh, who tested positive for COVID-19 last month, says that she took notice of the initial symptoms in time and did the needful. "It all started with slight fever on the set. I was shooting a scene, when suddenly everything blurred in front of my eyes. I then got myself tested and the reports came out to be positive," she recalls, adding, "I was quick to lock myself in a room, because I have my 75-year-old father and 12-year-old daughter living with me, while my husband was on the ship. That decision to lock myself in a room on time saved my family." However, the credit of her recovery doesn't just go to doctors, says Tassnim. She explains, ""

The actress is currently seen in the show Anupamaa. So when is she likely to resume shooting? "I am still very weak. The moment I feel okay, I will get back to work. I have still not fully recovered, so I will not be able to give my 100 per cent .My production house is quite understanding," shares Tassnim.

Anupamaa actress Tassnim Sheikh is currently in recovery after having tested positive for the novel Coronavirus. In a recent interview with The Times of India, she mentioned how she is glad to have quarantined herself at the right time and added how she did so in order to keep her family safe.

Tassnim stays with her 75 year-old father and 12-year daughter, while her husband is away on the ship. The actress revealed how she first felt the symptoms while shooting for a scene when she got a mild fever and everything became blurry ahead of her. Her tests then came positive and she locked herself in the room. The actress also credited neighbour Priya along with her doctor for her recovery as she provided her with lunch and dinner for 10 days.

She said, '' She was like an angel in disguise during my fight with this virus. We have been neighbours for almost nine years now, but we have never visited each other's houses; whenever we met in the lobby we were cordial to each other. But when she got to know that I had tested positive, she took charge of my food. My father tried cooking something, but the poor thing couldn't manage much. Neighbours usually become quite wary of coming outside their houses if someone tests positive, but Priya didn't think twice before offering help. I will always be indebted to her.''

As for returning to the sets, she mentioned that she still feels weak and is hence not returning to shoot as she will not be able to give her 100 per cent. However, she added that her production house has been very supportive and she will be back as soon as she feels okay.

We wish Tassnim a speedy recovery!