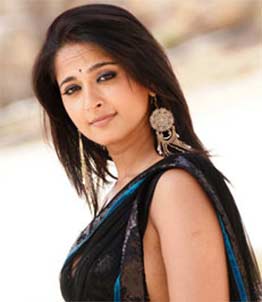 "Rajamouli is a taskmaster and extremely hardworking, but when we see the result of his work we forget all the pain we go through while shooting a scene. Therefore, it's a pleasure working with Rajamouli and his team. I'm thoroughly enjoying it," Anushka said in a statement.

"I can't believe we shot for more than 60 days already for the film," she added.

The makers of "Baahubali" unveiled a special behind-the-scenes video featuring Anushka on the occasion of her birthday Thursday.

The 32-year-old plays a character called Devasena in the film, which also features Rana Daggubati and Prabhas Varma in important roles.

The crew has so far finished most of the interior scenes in the film.

"Production designer Sabu Cyril has specially designed five sets, including royal bedrooms and royal durbar hall, in which most of the scenes so far have been canned. The film unit will now move to Kerala for three weeks' outdoor shooting," read a statement from the production.

"Baahubali", which is simultaneously being made in Tamil as "Mahabali", will hit the marquee in 2015.