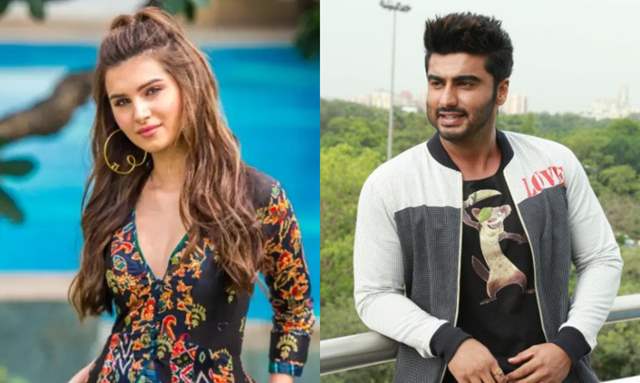 Arjun Kapoor and Tara Sutaria’s upcoming film - Ek Villain Returns has made the right amount of noise and fans have been excited to see this fresh pair on the screen. The is one of the only big-ticket multi-starrers that is currently on floors. Apart from Tara-Arjun, the film also boasts John Abraham and Disha Patani, - the action thriller is expected to be one of the biggest releases of 2022.

Now, Tara Sutaria and Arjun Kapoor have announced that they have started shooting for their upcoming romantic thriller 'Ek Villain Returns'.

Taking to their Instagram stories, shared the news by posting a boomerang video of the clapboard, along with which she wrote, "Day One...". She also tagged her co-star Arjun, director Mohit Suri and the producer Amul Vikas Mohan. 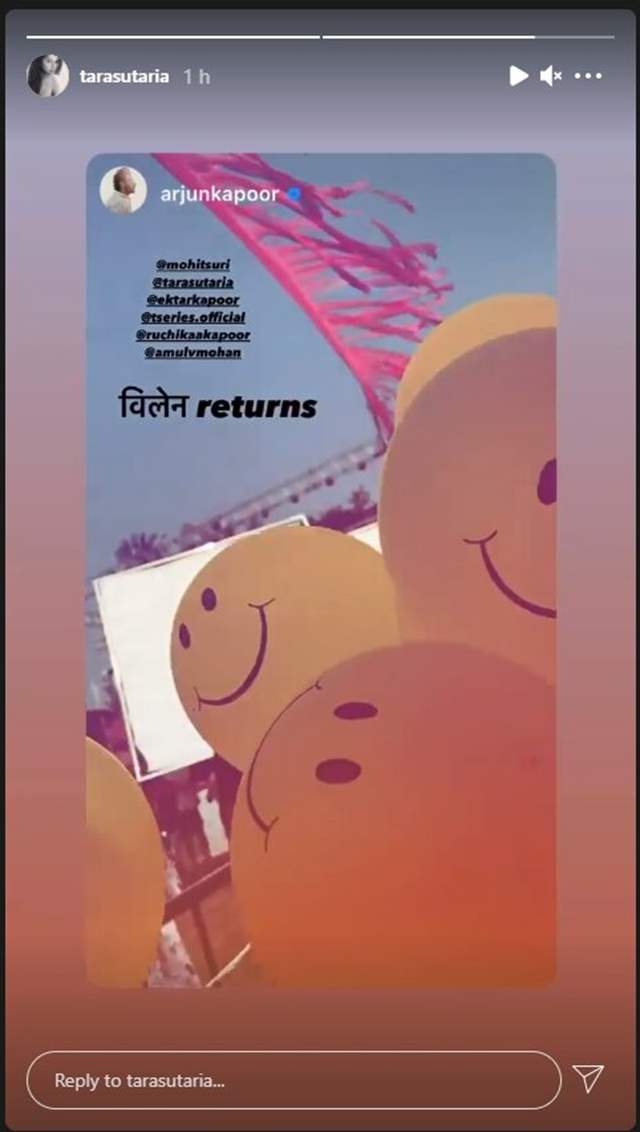 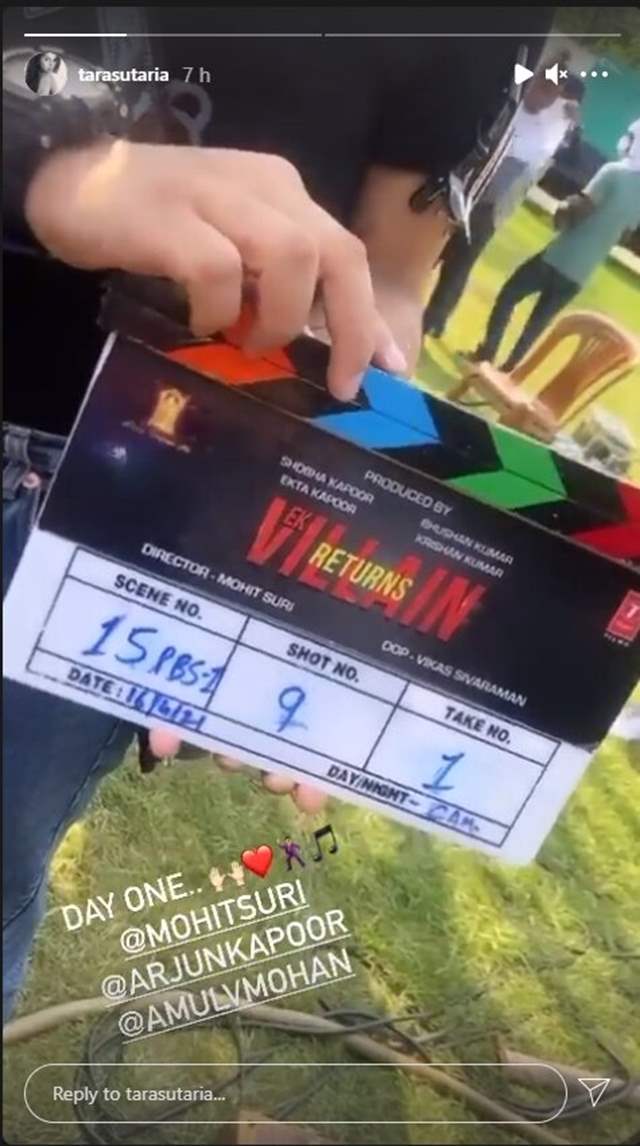 Tara and Arjun headed for Goa on April 14, to shoot the second schedule of the film, which started today. On Wednesday, Tara and Arjun were spotted at the airport as they headed to Goa. The duo was twinning in matching jackets customised with their names.

Director Mohit Suri, who along with his team flew down to Goa a few days back for a quick recce, and begun shooting for the movie from 16th April!