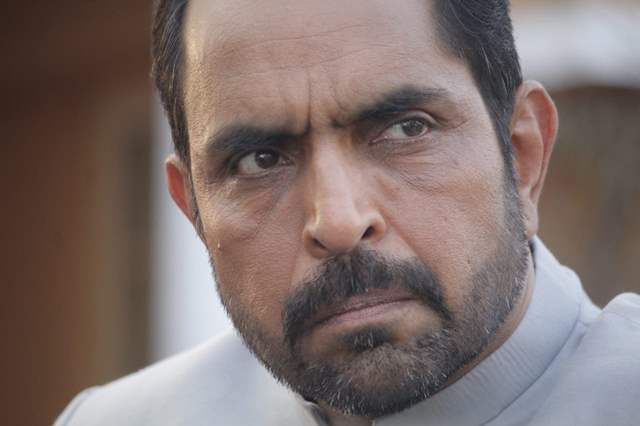 His histrionics are such that he can never escape from his character.  His roles always end up being an intrinsic part of his lifetime. When Vishwajeet Pradhan signs a film, he tries to have an inclination for people similar to his on-screen persona. Hence, when the actor felt that the Hindi film industry wasn’t offering him a tidy career that he enjoyed, he took a brief  hiatus and moved Down Under with his family to explore different avenues. This was five years ago. “I became this other person. My career took off in a different direction,” reflects Vishwajeet.

However, theatre and television kept the passion in him alive.

Then came a Red Chillies film offer followed by the role of Sampat in the gangster TV series Aarya on Disney+ Hotstar. “The maker, Ram Madhwani was sensible and I have an instinct to work with such kind of people. It is in me. I just understand them. It was a good role of an entertainer with amazing shades of grey, albeit on the other side. But I knew that in the grand scheme of things, it would not define my identity. It was not a lead role, no big deal. Yet Sampat, he was the brawn to the brain. He was bad, yet good. He was fearsome, yet comical. And he was humane for a hitman. I have never been the type who poses for a contractually obligated red carpet experience. The call had to be from my heart.”

The maker, the production values, the script, the character visualisation and the cast including Sushmita Sen and Chandrachud Singh excited Vishwajeet. “Sampat had a certain intelligence and elegance and the ability to deflect uncomfortable situations with humour. He provided a different hue to the creative spectrum of actors.”

Once facing the arclights for Aarya, Vishwajeet reflected on his paths played and lessons learned over 30 years in Bollywood, the pros and cons of mega-fame, and realised an ironic truth: the first photograph that he left at an ad filmmaker’s office that is Equinox Films, hoping for a revert as a newbie was that of Ram Madhwani.

“It was like coming a full circle. It took him 30 years to cast me and I told him that!  I decided to go the OTT way with the limited series Aarya.” “Quoting George Clooney,” Vishwajeet grins, “’Every actor wants to be a film actor’ But this show was conceived such that it was no less than a film. In that sense, it was a life changer. The show mirrored Ram Madhwani’s heart, soul and sentiment, and this creative energy channeled a part of me to see what is in front of me. “

Vishwajeet broke the spell of his five-year acting hiatus with Aarya. “It was such a departure from what I had set out to do with my life. The flip side was that I would not be held responsible for the show itself, and could afford a loofah on myself, something I could not for a long time.”

When Vishwajeet basked in the experience of a brilliantly conceived show with Aarya, he made up his mind to stay back and embrace creatively daring passion projects. It was as though destiny agreed with him, and COVID struck, bringing his family back to India.

“With my family by me, I can take offbeat roles, explore unique characters and experience the exhilaration of being liberated enough to escape the straitjacket of movie stardom today. Admitted, I have worked with an incredible list of brilliant directors, writers and co-actors. But in Hindi films, you are restricted by what you are offered, and television is like running a factory. It is about churning out maximum episodes in minimal time.”

Vishwajeet confesses that he is once again hopeful and hungry for good roles. “The actor in me is a restless, prowling creature. He is a painter who seeks an apocryphal glow with every role. Never mind the size of the canvas!”

Adds he, “Acting, to me, is practice of patience. I want to be the dreamer and stop being affected by the hardness and coldness of having a superficial career in an artificial world. The power of audio-visual media is not just entertaining today. It affects social change. And that is something that we both want and need. And as realisation has sunk in, I have come to undeestand that it is best to feel things and not bury them.

“From the era of Shakti Kapoor, Amrish Puri to the actors who sprung from Anurag Kashyap camp, Bollywood tells a chilling story of actors not being considered or ousted from films over three decades. Today, my maturity does not let me bask in the success of an unexpected twist of fate or bother to filter myself, and happily work out of the mainstream glare, if that means searching for something deeper.”

Shrugs Vishwajeet, “I know these views may not augur well with a lot of people.  But I prefer to live my life, peeling away layers of nepotism and shoot straight from the lip.

“Nepotism made it extremely difficult for me to function. Thirty years later, the industry is still riddled with the same flaws, and trying to make oneself heard is like pleading your case to a blind judge leading deaf detractors. The social media following of an actor cannot define his craft. Talented artistes should equally be given their due. If not, then we will only get the audience's appreciation after our death."