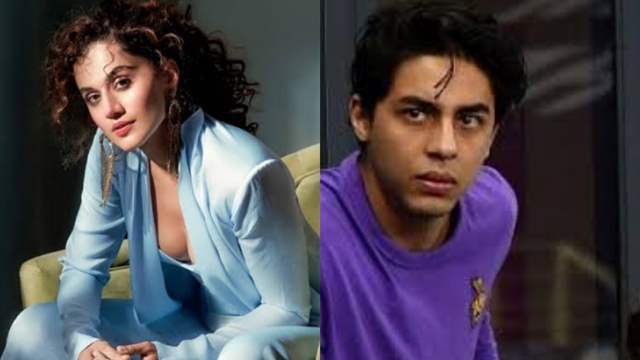 The bombay court today denied the bail plea of Shah Rukh Khan’s son Aryan khan’s who was arrested in a drugs case back on October 3rd.

Taapsee Pannu is not the one to mash words and often shares her mind on social media. During a recent exclusive interaction with ETimes, Taapsee was asked about her thoughts on the ongoing drugs case against Aryan Khan.

Reacting on the same, Taapsee said,

“That’s a part and parcel of being a public figure. And, that’s a baggage every public figure’s family also carries, whether they like it or not. You have the positives of enjoying a star status and this is the kind of negative that also comes with it. If it’s a family of a big star, you also enjoy the perks of that, right? So, there’s a negative side also that you end up facing. As long as you’re prepared to face the consequences after going through the trial officially, you know you don’t really have to bother. I think with that kind of stardom level, you’re aware of the scrutiny that’s going to happen. It’s not like ki kahan se aa gaya pata nahi chala. I’m sure they know the kind of repercussions of things that are going to happen. With that kind of star status, that person is very well aware of what can happen.”

The actress further spoke about the legal procedure which takes place when a person gets arrested in a drug case. Taapsee said,

“As far as they are ready to go through the legal process which is the law of the land. People keep saying anything, you know. Today they’re saying something, tomorrow they’ll say something else, and the day after something else will come; so that’s not important. What’s really important are the legal proceedings and as far as you’re ready for that, nothing else really matters.”

The story of Taapsee’s upcoming film Rashmi Rocket revolves around a girl who aspires to become an athlete when she grows up and represents her country. 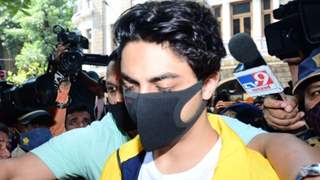 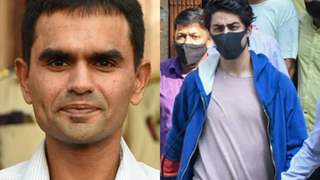 1 months ago like how every OP article mentions their upcoming movies as if they gave opinion only because their movie is coming up? besides what she said is absolutely true, you have to be ready to see both positives and negatives, it comes with perks.