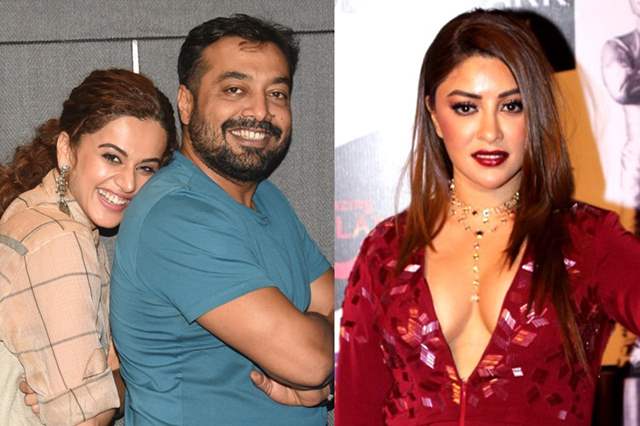 The past few hours have indeed been all about director Anurag Kashyap where he is currently facing sexual assault allegations from actor Payal Ghosh. She went on to write, ''@anuragkashyap72 has forced himself on me and extremely badly. @PMOIndia @narendramodi ji, kindly take action and let the country see the demon behind this creative guy. I am aware that it can harm me and my security is at risk. Pls help!'' Soon after he tweet, actress Kangana Ranaut came out in her support and said 'Every voice matters.'

Kashyap himself went on to address these allegations with a series of tweets and mentioned how it is entirely baseless.

Ever since then, people have seemingly been divided about the same but Kashyap has certainly received some support and backing. Actor Taapsee Pannu, with whom he worked on the film, Manmarziyaan has come out to support Kashyap, where she went on to tweet, "For you, my friend , are the biggest feminist I know. See you on the sets soon of yet another piece of art that shows how powerful and significant women are in the world you create :)"-

Apart from Pannu, some other people who aren't actors but related to the industry in one way or the other have also come forward expressing their support to Kashyap and the on-going occurrences.

Also, needless to say, Pannu's support has also been received with a mixed response so far.

lovecelebs 8 days ago why you are supporting? as you like it!