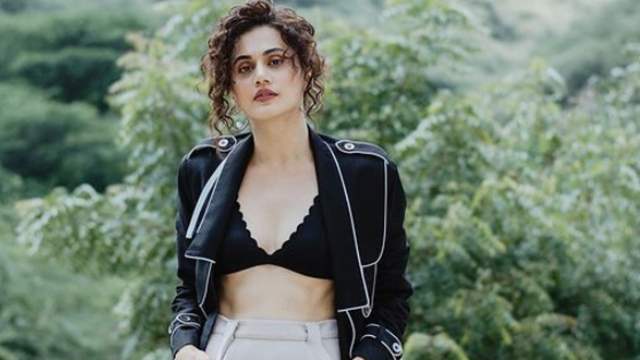 Earlier this week, actress Taapsee Pannu faced raids by the Income Tax officers at her  properties in Mumbai. She has finally broken her silence and even hit back with a befitting reply against the allegations being levelled at her.

Taapsee has denied owning a bungalow in Paris or receiving receipts of ?5 crore payment to her, as mentioned in the statement by the investigating agency.

In a series of tweets, she wrote:

"3 days of intense search of 3 things primarily 1. The keys of the “alleged” bungalow that I apparently own in Paris. Because summer holidays are around the corner.”

“2. The “alleged” receipt worth 5 crores to frame n keep for future pitching coz I’ve been refused that money before”

“3. My memory of 2013 raid that happened with me according to our honourable finance minister P.S- “not so sasti” anymore.”

The ‘sasti’ comment is often used by Kangana Ranaut against Taapsee.

Finance minister Nirmala Sitharaman also commented about the recent IT raid and said, "Answer it for the hypocrisy or answer it, saying from then this is happening till now, what's the matter (with now)," she said. "In the national interest, do we want to know if there is some evasion happening."

1 months ago So proud of you! More power to you!

1 months ago Love it. Keep it up girl!

1 months ago More power to you girl 👍