Ratna Singh’a Babul Ka Aangann Chootey Naa which saw the entry of Payal, Swayam’s girlfriend in the guise of Aastha will now see a bitter side of Payal, resulting in the death of Swayam, played by Rahil Azam...

Featured Video
Payal has a mission in hand to create a rift between the two brothers, Shubh and Swayam. In the meantime, Shubh realizes that Aastha has been kidnapped by Payal. But Payal tries to get close to Shubh in the presence of Swayam, thus adding more doubt in Swayam’s mind. All this leads to a confrontation between the brothers and in the tussle that follows, the truth about Aastha being Shubh’s wife spills out before Swayam. A very shocked Swayam vows to Shubh that he will bring back Aastha from the clutches of Payal. Swayam’s encounter with Payal ends up in a major twist when Payal reveals that they have a kid who is terminally ill. Hearing this, Swayam gets emotional and this is when Payal plays her next card and stabs Swayam, thus killing him.

With this, the major track of Rahil Azam comes to an end!

Rahil Azam the actor is glad that he has completed his duty as an actor and is doubly pleased that the viewers appreciated his work. “I consider myself lucky as I got to play varied roles in one serial. First of all, for a man to play a woman in itself is a challenge and to top it all, to play a sophisticated prostitute was something special. Then came the other side of the split personality who was aggressive, which was followed by the comic touch provided to the character. Lastly, it was the suspicious husband with shades of grey. What more can a male actor ask for in this woman-dominated television scenario?”, says Rahil.

When asked Ratna Sinha, Producer of Babul about the death of the much-loved and appreciated character Swayam, she says, “Every character has a journey to complete and in this case the triangle had to be resolved. Hence Swayam exits like a hero”.

Explaining the track where Payal kills her own love Swayam, Ratna Sinha says, “Over the years, the bitterness and anger on being ill-treated by the Ranawat family has taken a toll on her and she is at a phase where she can do anything for her ailing kid”.

According to our sources, “Swayam’s character played by Rahil clicked so very well with the audience that there is every possibility of Rahil Azam coming back to the show after a while”. Adding on, our source informs us “Payal has a bigger motive in killing her own love, Swayam as she wants to bring her kid into the house as he is the heir of Ranawat family, being the kid of the eldest son of the house, Swayam”.

The dramatic death of Swayam will be telecast on 14th August and if sources are to be believed, there will be an introduction of few new entries to take the story forward. 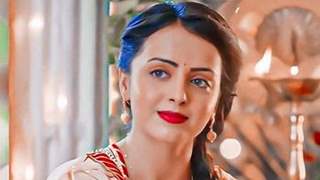 13 years ago thanx for the article......ohh no! few new entires.....I just hope ke no replacement of origional actors.

13 years ago they are making a big mistake...i think the show did a lot better when swayam came in the picture...if they kill him the shows gonna go down hill from there..

+ 2
13 years ago i'm kinda happy he died. the actor is brilliant, but the character justgot on my nerves. i actually stopped watching BKACN after the raaz was exposed. i will only start to watch it again on the 14th! lol

13 years ago this is a very good news. i was so worried abt astha

13 years ago I started watching this show and i like it now..i liked swayam..i really want payal to be exposed!

+ 5
13 years ago Not watching the show until Astha comes back. Really, its getting on my nerves. why did they have to kill Swayam off and Payal is really getting me mad.