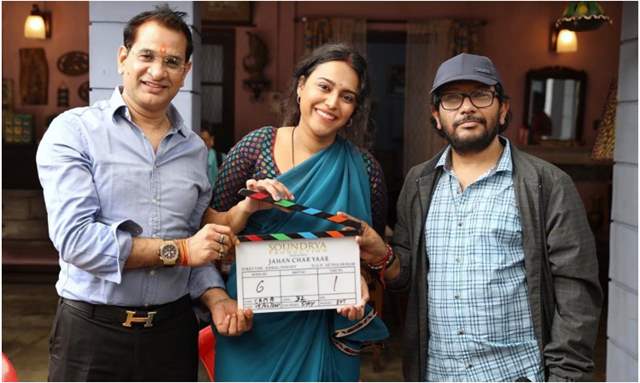 Swara is back on the sets, and she has finally started shooting for her upcoming film - Jahaan Chaar Yaar. The actress is all set to fire the screen with her magnificent performance.  The talented beauty has started the shoot in Lucknow today.

Swara shared an image from the shoot with producer Vinod Bachchan and debutant director Kamal Pandey.

The film is a story of four friends trapped in their mundane life until a getaway to Goa turns into a thrilling roller coaster. The film will be shot in a 45-day schedule starting with Lucknow followed by Goa.