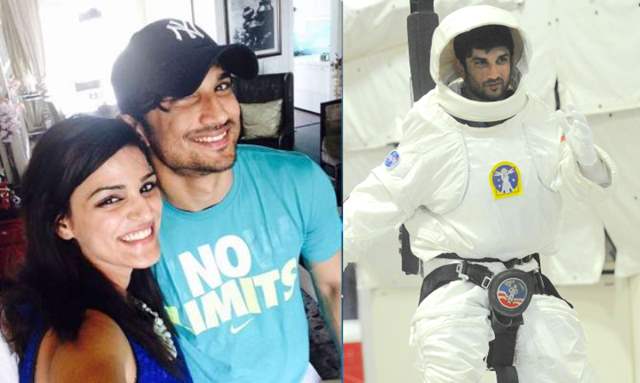 Bollywood actor Sushant Singh Rajput holds high regard among his fans even after his sad demise. The late actor was a man of many talents. Sushant had even visited the National Aeronautics and Space Administration (NASA) to prepare for the role in the movie ‘Chanda mama Door Ke’.

As the reports suggested, the actor was supposed to play the role of an astronaut and even got training for the same. While the film was later shelved, it didn't stop the actor from wanting to go back to Nasa and complete the certificate of instructor training.

Now, SSR’s sister Shweta Singh Kirti in her latest social media post shared about the same as she recalled him as the "The only actor in the world ever who actually got trained by NASA as Astronaut n even was set to go for 2024 Moon Mission! @itsSSR Our Sushant Our Pride!". Sharing the post, she wrote, "Our Sushant Our Pride".

Overwhelmed by the post, fans reacted to the post and showered love over the ‘Dil Bechara’ actor. One fan wrote, "Incredible", another wrote, "miss him".

Last month, Sushant Singh Rajput’s sister Meetu Singh shared pictures from the 'havan' that was held to mark his first death anniversary and penned a long and emotional note for her beloved brother.

The pictures featured Meetu sitting with her other two sisters, Priyanka and Rani. In another photo, they can be seen performing rituals and remembering their brother.

Sushant Singh Rajput was found hanging on June 14, 2020, at his Bandra home in Mumbai. His untimely demise is being investigated by top agencies like the Central Bureau of Investigation, Enforcement Directorate and Narcotics Control Bureau.