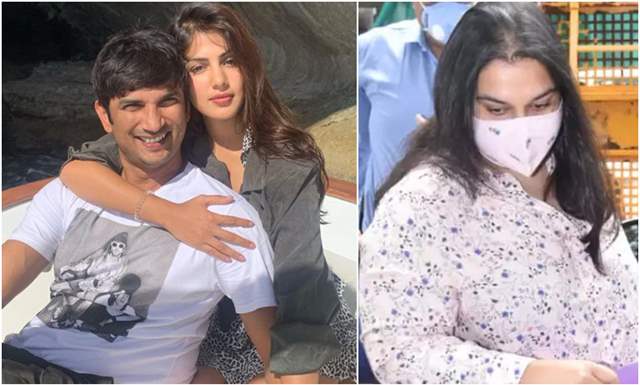 Earlier today, Rhea Chakraborty arrived at DRDO guesthouse in Mumbai for the fourth consecutive day of CBI questioning. Her brother Showik Chakraborty was also seen accompanying her for the interrogation.

Now, a recent ANI report stated that Sushant’s former business manager Shruti Modi has also joined the probe and CBI is currently questioning her. Modi was spotted arriving in her car at the premises where CBI have been camped. ANI also shared a series of pictures featuring her arrival.

Previously, Modi was also summoned by the Enforcement Directorate in connection to the irregularities of financial transactions in Sushant Singh Rajput’s account. Late, the former business manager anded in a soup after a series of WhatsApp chats alleged her involvement in a new drug angle.

Sushant Singh Rajput passed away on June 14 at his Bandra residence and his death investigation has finally set in motion after the Supreme Court in its verdict on Wednesday (August 19) ordered the CBI to look into the case of the late actor.

The case is currently being probed by the Enforcement Directorate and Central Bureau of Investigation. Now, as per the reports, even the Narcotics Control Bureau is investigating the case.