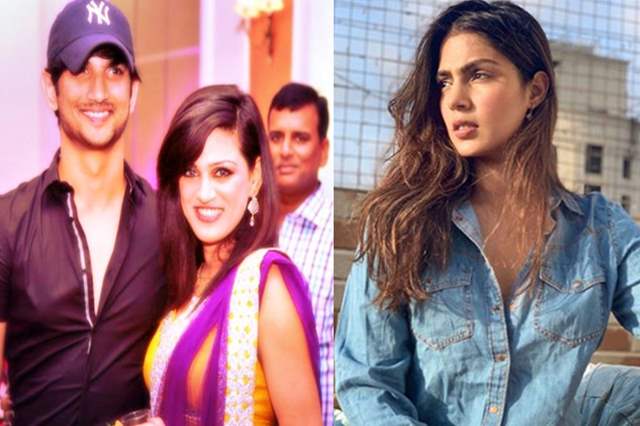 While the saga surrounding Sushant Singh Rajput's passing away continues to rile on, the past couple of days have all been about the late actor's girlfriend and actor Rhea Chakraborty's investigation ordeal with the ED. From being grilled in the investigation session for over 8 and a half hours to apparently being called again for the whole thing, we have been keeping you hooked on with the updates so far.

And now, earlier in the day, Chakraborty and her lawyer went on to share a gratitude note from Rajput's diary where the late actor had apparently written in her notebook mentioning how grateful he feels to have Rhea and her family in his life.

And while that in itself has been negatively received by the fans in general, Rajput's family has now come out and slammed Chakraborty themselves. They mentioned how Chakraborty never featured in his social media accounts and even showed posts featuring his sister and brother-in-law stating how they are the most precious people for him.

This ping-pong game seems to be rather real now between the two parties and the entire saga only seems to intensify with time passing by.

My emotional memory helps me shape my character in Anupamaa: ...
45 minutes ago

Barun Sobti says his transformation for Halahal was 'a bit ...
47 minutes ago