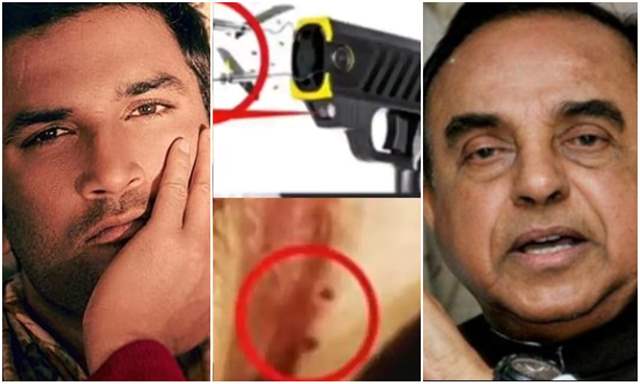 This comes after a Twitter user made a shocking claim stating that Sushant was paralyzed using stun guns.

The Twitter user wrote: “Today i have read alot about stun guns and hw they r used ! also wat mark do they leave ! the exact mark?? guyzz they really used stun guns to paralyse him !#ArrestRhea. #adityathackeray Retweet .”

Subramanian Swamy retweeted the same and wrote: “Were this gun smuggled from which Arabian Sea bordering country? NIA must now join the probe."

With each passing day, more and more conspiracy theories keep making their way around Sushant Singh Rajput's death case. Meanwhile, the Central Bureau of Investigation (CBI) is probing the case.

On Monday, Rhea Chakraborty and her brother Showik Chakraborty were summoned by the ED in connection to the money laundering case filed against them.