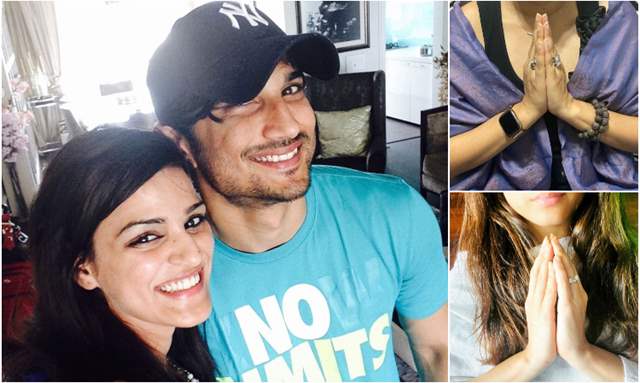 Sushant Singh Rajput’s death has sparked too many controversies and the investigation seems to be getting murkier after every new development. Today, August 14 marks the 2-month-anniversary of the late actor and millions of his fans followed by family members still mourn his death.

His sister Shweta Singh Kriti has taken to her social media handle and urged Sushant’s fans to join the campaign and offer prayers to the lost soul. She shared a picture of Ankita Lokhande joining hands which easily signified her praying for him.

Her caption read; “Post a pic of yours with folded hands and join the campaign #GlobalPrayers4SSR at 10 am(IST) on 15th August. Let’s Pray together for truth to shine forth and for God to guide us. #justiceforSushanthSinghRajput #Warriors4SSR #CBIForSSR #GodIsWithUs”

Meanwhile, Ankita has also taken to her social media handle and shared a picture of Shweta. The two seem to have joined hands to seek justice for the Sonchiriya actor.

The final post mortem reportedly confirmed that there were no struggle marks or external injuries found on his body and that Sushant died due to asphyxia, suffocation, because of hanging.

Sushant’s sad demise stimulated fans and netizens to talk about injustice and nepotism, bullying in the industry. Many believed it was Karan Johar, Alia Bhatt, and Sonam Kapoor that led Sushant’s career to the lack of work.